LP is housed in a hard card sleeve.

Jack White returns with his 3rd solo record, his first for 4 years. Possiblky his ,most ambitious work thus far, the album explores  explores a remarkable range of sonic terrain – crunching rock ‘n’ roll, electro and hard funk, proto punk, hip hop, gospel blues and even country – all remapped and born anew to fit White’s matchless vision and sense of restless experimentation. The record was recorded on very basic equipment (the same as he used aged 15!), a testament to White’s creative ambitions.

Landless are a traditional Irish vocal group from Dublin & Belfast who sing unaccompanied traditional songs from Ireland, Scotland, England & America in four-part harmony.Bleaching Bones is an immaculately performed & deeply moving record. With only the natural room sound as accompaniment, Landless have created a timeless folk classic that will appeal equally to fans of early 4AD records as it will to lovers of folk & traditional music.

With an insanely prolific year, King Gizzard and the Lizard Wizard return with their twelfth album, Polygondwanaland to journey into the depths of the mind and the limits of the universe. The Australian 7-piece have made a name for themselves with a steady stream of new material since their inception 2010, blending everything surf rock, prog, soul, folk, metal, garage rock, and even elements of spoken word and cinematic presentation, creating a large buzz and rabid fanbase stretching far across the globe from their Melbourne roots. this album is full of the psychedelic rock outfit’s jazz and groove laden jams. 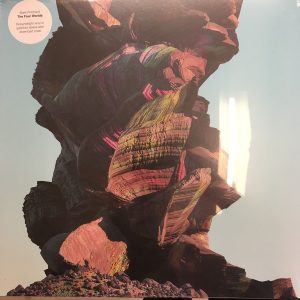 Mark Pritchard follows up his acclaimed 2016 album ‘Under The Sun’ with a brand new, 8 track LP on Warp. His previous album gained universal praise across press and radio and included the 6Music A List single ‘Beautiful People’ featuring Thom Yorke. ‘The Four Worlds’ features a collection of underground poets and musicians including Colorado’s psychedelic heroine Space Lady on ‘S.O.S.’ and Eighties cult radio artist Gregory Whitehead on ‘Come Let Us’. 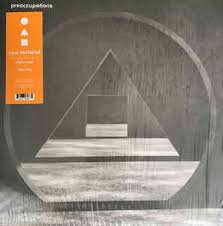 The LP is pressed on limited edition coloured vinyl and includes a download code.

Preoccupations’ songs have always worked through themes of creation, destruction and futility and they’ve always done it with singular post-punk grit. The textures are evocative. The wire is always a live one. While that darker side may have been expertly explored, it’s not quite the same as having been fully, intensely lived. This time it was and the result is ‘New Material’, Preoccupations’ deepest and most fully realized record to date.

Ben Frost returns with ‘All That You Love Will Be Eviscerated’, a brand new, 6 track mini album featuring new tracks and previously unreleased remixes from Alva Noto and Steve Albini. Highly recommended.

A very special release of a Sun Ra solo piano improvisation ‘The Schimmel Impromtu’ – recorded in June 1990 during an interview with presenter and DJ Jez Nelson at the studios of Jazz FM in London. The B-side is a 12 minute interview from the time.

The LP is press on limited edition clear vinyl and comes in a silver mirrored style sleeve.