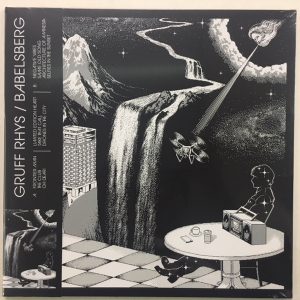 The Super Furry Animals frontman returns with ‘Babelsberg’, his the fifth solo album and his first for Rough Trade since 2007’s classic ‘Candylion’. Over the course of ‘Babelsberg’s forty something minutes, Gruff manages to perfectly document our troubled and troubling times with humour, grace and always addictive melody. In a career that’s spanned three decades, two languages, multiple bands, offshoots,
collaborations and one boundless imagination, ‘Babelsberg’ is arguably Gruff’s finest set of songs to date.

LP is housed in a gatefold sleeve and includes a download code.

From Black Sabbath’s debut single to their ultimate chart success with ‘Paranoid’ and the Supersonic Years Box Set documents the band’s run of hit singles as never before.

This limited edition 7” box set includes 10 x 7” singles five of which are rare single edits. 10 unique colour picture sleeves from around the world, either ultra-rare or exclusive to this box set. Remastered by renowned engineer Andy Pearce. New liner notes booklet detailing the rarities contained within the box set, along with the story behind the birth and evolution of the most culturally important genre of all time. Lift-off lid box. Dinked 7” vinyl holed for authentic reproduction.

Swedish shoegaze trio Echo Ladies debut album. The band cite the Cocteau Twins, Lowlife (the Scottish dreampop band, but New Order’s 1985 album is as good a reference point) and The Jesus And Mary Chain as the main musical influences, but there’s also a nod to The Cure’s Disintegration and even Saint Etienne.

The four track release was recorded earlier this year, with lead track ‘Totally Eclipsing’ produced and mixed by David Wrench in London. Wrench has previously worked with the likes of The xx, Frank Ocean, Jamie xx and many more. ‘Standing Alone’, ‘Indefinitely In Your Debt’ and ‘Hopelessly
Hoping’ were recorded by The Charlatans and Jim Spencer at Big Mushroom in Cheshire and mixed by Oliver Wright (Hot Chip, Dream Wife) in London.

Parquet Courts release a special edition 7” for album track ‘Total Football’ just in time for the World Cup. The package includes a Panini-style sticker sheet which fans can use to create the cover art themselves. Exclusive B side track ‘Goofy vs Pluto’. 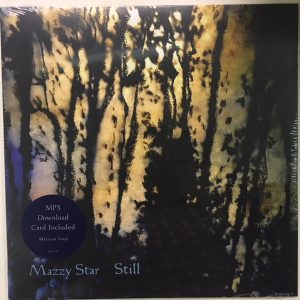 ‘Still’ is a 4 track EP and is the first new music from Mazzy Star since 2014. The 12” includes three new tracks along with an alternative version of ‘So Tonight That I Might See’ from the artists biggest selling album of the same name from 1993, which also featured the seminal hit record ‘Fade In To You’.

Small Change is a masterpiece that contains some of Waits’ best early work. Classic jazz, Tin Pan Alley, and Stephen Foster filtered through Tom’s unique worldview and lyrical genius. Heartbreaking, hilarious and always vivid, songs like “Step Right Up”, “Tom Traubert’s Blues”, “I Wish I Was in New Orleans”, “The Piano Has Been Drinking”, and “Invitation to the Blues” are all classics that have influenced generations of songwriters since.

British trip-hop pioneers Morcheeba return with their first new album in over five years. ‘Blaze Away’, their positivity-packed ninth album, marks both a fresh start in its organic approach and a return to the joyous genre-mashing of their early days, with featured guests Roots Manuva and Benjamin Biolay.

‘No Shame’ marks a kind of rebirth for Lily, who went back to the drawing board after several tumultuous years, eventually producing a beautifully raw and truthful set of classic pop songs that take her right back to the DIY spirit of her first two albums ‘Alright, Still’ (2006) and ‘It’s Not Me, It’s You’ (2011). 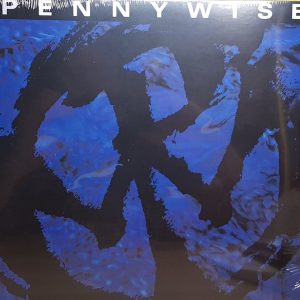 The seminal Epitaph debut, Pennywise self-titled features many of the songs that have gone on to become legends in the band’s live show. ‘Rules’, ‘Homeless’ and of course the original version of ‘Bro Hymn’ all appear on this album.

14 track compilation devoted to the life and legacy of rock hero Mick Ronson. Includes tracks from his career as a solo artist, supporting guitarist and producer alonside the likes of David Bowie, Joe Elliot, Ian Hunter, Elton John and Queen. 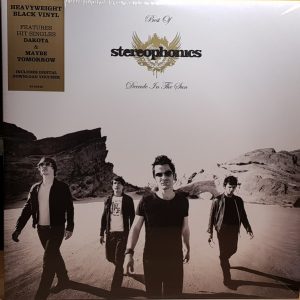 Includes ‘Dakota, ‘Just Looking, ‘Have A Nice Day’, ‘Handbags and Gladrags’ and ‘The Bartender And The Thief’. 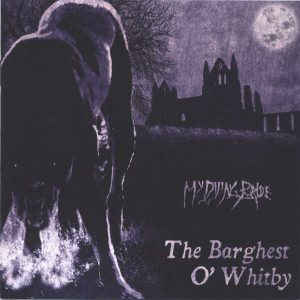 The Bargehest o’Whtby – A 27 minute epic from 2011 – represents the epitome of My Dying Bride’s unique combination of poetic grace, funereal soundscapes and Doom Metal.
A masterful blend of pounding guitar riffs, and sombre atmospheric passages, the track takes you through the chilling tale of a supernatural entity hell bent on revenge.

Available on vinyl for the first time.Features additional bonus tracks on 180g Vinyl