THE WEDDING PRESENT & FRIENDS – Not From Where I’m Standing – LP – Vinyl €28.99 – A collection of 20 Bond themes covered by current and former members of The Wedding Present. 100% of the profits from its sale will be donated to the ‘Campaign Against Living Miserably’ (CALM).

SKINNY PUPPY – Last Rights – LP – Vinyl €25.99 – Released in March 1992. Last Rights was well received and named by Alternative Press as one of the best albums of the 1990s and was the band’s first release to chart on the Billboard 200

THESE NEW PURITANS – Hidden [MMXX] 10 Year Anniversary Edition – 2LP – Vinyl €30.99 – Domino release the 10-year anniversary of These New Puritans’ Hidden now called Hidden [MMXX] – a re-issue of the original album in its full glory accompanied by new and unreleased material from the Hidden sessions alongside live recordings from the same era.

S. CAREY – All We Grow (Ten Year Anniversary Edition) – LP – Seaglass Wave Translucent Vinyl €22.99 – At a time when serenity feels particularly scarce, All We Grow stands as a classic album. Carey’s compositions are incredibly dynamic, with moments of bombast held right next to moments of subtle depth and texture

THE WHO – Who (Deluxe With Live In Kingston) – 6 X 7″ Limited Edition Boxset €40.99 – The 2020 deluxe edition features Pete Townshend’s remix of Beads On One String plus The Who Live at Kingston, a special acoustic performance recorded on 14th February 2020, recorded 50 years to the day since the seminal Live at Leeds show.

FINNEAS – What They’ll Say About Us – 7″ – Limited White, Black, Grey Spray Vinyl €15.99 – Limited seven inch vinyl pressing of this single by the singer, songwriter, and producer. Finneas is the brother of pop star Billy Eilish and her producer and co-writer.

COLDPLAY – Christmas Lights – 7″ – Blue Vinyl €12.99 – On 4th December 2020, Coldplay celebrate the tenth anniversary of “Christmas Lights” by releasing it as a blue vinyl 7″ single, backed by Coldplay’s take on the perennial Christmas classic “Have Yourself A Merry Little Christmas” which was recorded for a Jo Whiley, BBC Radio 1 live session, at the tail end of 2000.

COM TRUISE – In Decay, Too – 2LP – Synthetic Storm Coloured Vinyl €25.99 – Much like its predecessor, In Decay, the 2014 compilation of unreleased, early Com Truise recordings, In Decay, Too unlocks a new set of rarities and unheard fragments from the past for the producer’s legion of fans.

McCOY TYNER – The Real McCoy – LP – 180g Audiophile Vinyl €23.99 – With his Blue Note debut The Real McCoy, he made his masterpiece and firmly established himself as a creative force of his own. Joined by tenor saxophonist Joe Henderson, bassist Ron Carter, and drummer Elvin Jones,

BOB MARLEY – Complete – 11CD Boxset 40.99 – The box includes all nine Bob Marley and The Wailers studio albums recorded for Island Records, featuring their most celebrated releases, including Catch A Fire their 1973 label debut, and Rastaman Vibration their 1976 breakthrough album in the United States, along with two live albums Live! and Babylon By Bus.

THE WILDHEARTS – 30 Year Itch – 2LP – Limited Yellow Vinyl €29.99 – The 17-track album showcases the incendiary energy that has made The Wildhearts one of the best loved UK live rock acts of the last thirty years.

BAD RELIGION – Christmas Songs – LP – Limited White Vinyl €26.99 – Who better to help you celebrate that most wonderful time of the year than holiday favourites by Bad Religion?

HANS ZIMMER – The Holiday (Original Motion Picture Soundtrack) – LP – Snow White Vinyl €29.99 – The holidays are rung in by the joyful and triumphant score by Hans Zimmer for the film the Holiday. 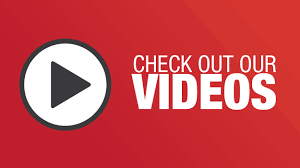 Some classics on new vinyl at Spindizzy Records 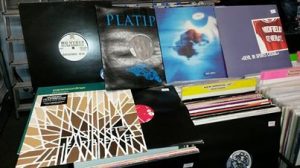 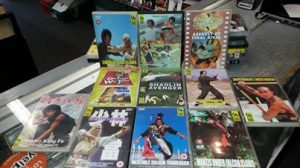 Ann Peebles timely repress, given the weather, and other titles 5/2/14