FLEET FOXES – Shore – 2LP – Limited Crystal Clear Vinyl €32.99/ 2LP Black €32.99 -The new album is celebration of life in the face of death, honouring lost musical heroes, from David Berman to John Prine to Judee Sill to Bill Withers, embracing the joy and solace they brought to people’s lives and honoring their memory. Shore is an object levitating between the magnetic fields of the past and the future.

TV PRIEST – Uppers – LP – Grey Marbled Vinyl €24.99 – Posing as many questions as it answers, Uppers is a thunderous opening statement that continues the UK’s recent resurgence of grubby, furious post-punk music. It says something very different though – something completely its own

THE STAVES – Good Woman – LP – Indies Only Clear Vinyl €19.99 – It’s a decade since The Staves self-released their first EP and a lot has happened since then. Their third album Good Woman was written and recorded amid major upheaval, heartbreak and bereavement. The new-found boldness, loudness and lyrical directness on this record are indicative of lives forced to become a serious concern.

BIS – Music For Animations – LP – Vinyl €24.99 – These recordings are all that remain of the animations experiment. Some doubted they even existed at all but we are able now to bring you the 16 slices of pop punk perfection that many thought were lost forever. So rare and top secret that we can tell you no more.

MORPHINE – Cure For Pain (Remastered) – LP – 180g Vinyl €31.99 – Cure for Pain is the second album by Morphine, originally released in 1993. The band combined blues and jazz elements with more traditional rock arrangements, giving the band an unusual sound. Unquestionably one of the best and most cutting-edge rock releases of the ’90s.” – Allmusic

SUEDE – Royal Albert Hall – 24th March 2010 – 3LP – Clear Vinyl €38.99 – At the request of the Teenage Cancer Trust, after a seven-year hiatus Suede reformed to play what they believed would be a one-off concert at the Royal Albert Hall on 24th March 2010. As a result of the extraordinary reaction from the audience, the band decided to reform permanently, and have gone on to record three new studio albums

ROLE MODEL – Our Little Angel – EP – Milky White Vinyl €28.99 – Maine-born, LA-based musician, songwriter and vocalist with his new EP ‘Our Little Angel’. The project is the follow-up to last year’s ‘oh, how perfect’ EP, which Ones To Watch noted “sets a new precedent for bedroom pop,” and includes the previously released singles ‘going out’, ‘blind’ and for the people in the back’, the latter of which received a stripped back performance from him in July.

DONNY HATHAWAY – A Donny Hathaway Collection – 2LP – Purple Vinyl €17.99 – Platinum “Best Of” that’s never been released on Vinyl. This collection has been the go-to forDonny Hathaway fans old and new for 30 years. On Dark Purple Vinyl.

DEWOLFF – Wolffpack – LP – Vinyl €18.99 – With the new album Dewolff are Liberators of the funky groove, they’re riding the highways swerving in an out of 70s soul-funk, fuzzed-up psychedelia, swamp-rock and haunting melancholia, with their shades on, convertible top-down and radio on, their sights are set on the horizon.

LOVE AFFAIR – The Best Of Love Affair And Steve Ellis – LP – 180g Gold Vinyl €24.99 – All the hits!! including Everlating Love ,Rainbow Valley , A Day Without Love  and Bringing On Back The Good Times.

SUN RA AND HIS OUTER SPACE ARKESTRA – A Fireside Chat With Lucifer – LP – Vinyl €32.99 – Fireside Chat offers a wide stylistic array, as was the artist’s intent, reflecting his eclectic, seemingly irreconcilable approach to compositional extremes. With Sun Ra you get everything… except predictability. First ever reissue of this iconic album!

VARIOUS ARTISTS – Clive “Azul” Hunt Presents… Bad, Bad, Bad – LP – Vinyl €17.99 – Bad, Bad, Bad is a historical compilation of Clive Hunt’s exceptional 1970s and 80s roots reggae productions, featuring various artists that helped build his reputation. The collection includes rare tracks by Bonny Gayle, Dennis Brown, The Abyssinians, Junior Murvin, Max Romeo, and Marcia Griffiths, among others, including Hunt himself in his ‘Lizzard’ persona and as the lead singer of the In Crowd.

JAH THOMAS – Dub Of Dubs – LP – 180g White Vinyl €16.99 – Jah Thomas is a reggae deejay and record producer who first came to prominence in the 1970s, later setting up his own Midnight Rock and Nura labels.

FEMI KUTI & MADE KUTI – Legacy + – 2LP – Vinyl €27.99 – Partisan Records release two albums from Femi and Made, packaged together and appropriately titled Legacy +. Both albums that make up Legacy + are steeped in the tradition of Afrobeat invented by their father Fela Kuti, but each also offers their own unique vision.

THE WEATHER STATION – Ignorance – LP – Vinyl €23.99 – Ignorance is sensuous, ravishing, as hi-fi a record as Lindeman has ever made, breaking into pure pop at moments, at others a dense wilderness of notes; a deeply rhythmic and painful record that feels more urgent and clear than her work ever has.

KATE RUSBY – Hand Me Down – 2LP – Limited Orange Vinyl €32.99 – Kate Rusby returns with a covers album. Hand Me Down, started life a few years ago whilst she was rehearsing for the Jo Whiley Show on BBC Radio 2. Jo asks her live music guests to perform songs of their own plus any cover version of their choice, Kate’s choice at that time was Oasis’ Don’t Go Away; on her second visit to the show she chose by Friday I’m in Love by The Cure.

PUMA BLUE – In Praise Of Shadows – 2LP – 180g Milky Clear Vinyl €23.99 – Over the course of two EPs, two singles and a stripped-back live album, Puma Blue has established himself as one of the UK’s most vital new talents. Now comes the long awaited debut album In Praise of Shadows via Blue Flowers. In Praise of Shadows is a delirious dreamland of soulful vocals, D’Angelo-ish guitars and muted electronic beats.

TRIBULATION – Where The Gloom Becomes Sound – LP – Limited Edition 180g Vinyl €26.99 – The Swedish Grammy Award-winning quartet toiled for the better part of two years in various innominate undercrofts and ritualized hollows to nail down Where the Gloom Becomes Sound. They emerged with an exhilarating spell of an album. 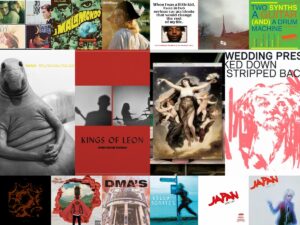 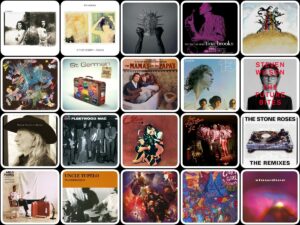