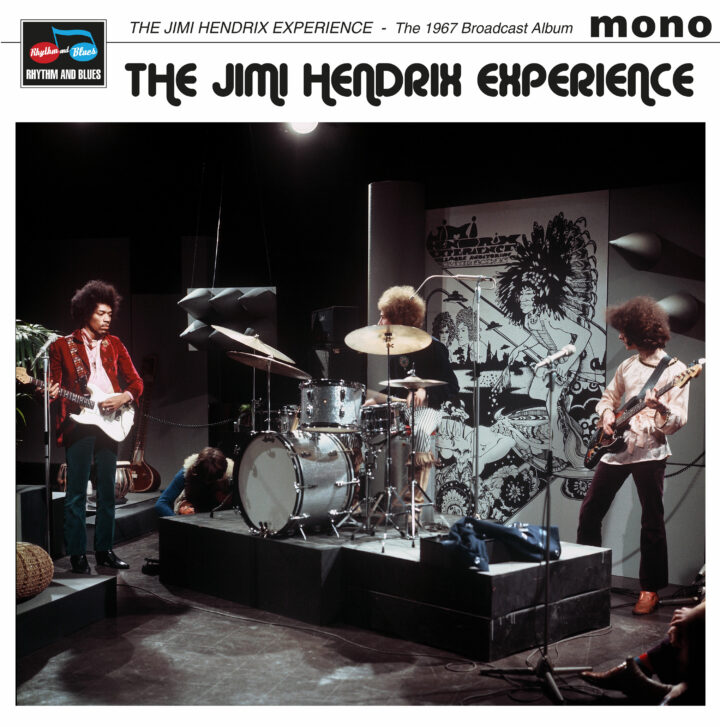 The Experience’s first three releases were 45s on Track Records, the independent label owned by The Who managers Kit Lambert and Chris Stamp. All three reached the top ten of the UK pop charts in early 1967: Hey Joe / Stone Free made #6 in January, Purple Haze #3 in March and The Wind Cries Mary #6 in May. Naturally, their TV appearances at this time were largely vehicles for promoting these records but the most unusual broadcast we feature here is a studio session recorded for the experimental Dutch TV show Hoepla, where the band was encouraged to perform extended versions of their songs. Sound quality ranges from excellent (Dutch, FrenchTV) to acceptable (UK TV). This album shows us just how good they sounded as they transition from psychedelic pop group to stadium rock band.