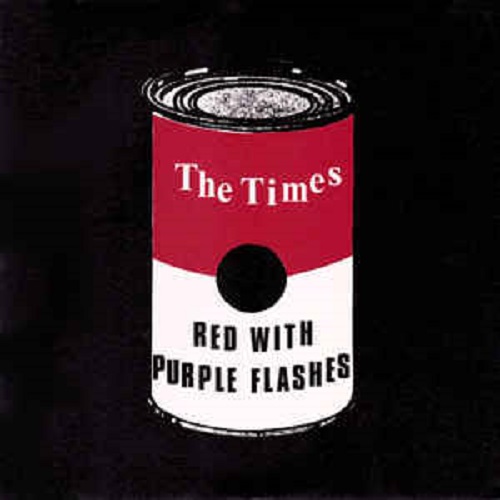 THE TIMES – Red With Purple Flashes

Originally released in 1981 on Dan Treacy from the Television Personalities label Whaam! Records, The Times were the brainchild of Ed Ball. He was a co-founding member of the Television Personalities, Teenage Filmstars and ‘O’ Level. This single is just over three minutes of pop perfection that will not leave your stereo for weeks. Red With Purple Flashes is pure Mod revival meets 60’s pop that sits next to the Television Personalities, The Creation and The Jam in your collection. The flip Biff! Bang! Pow! is another uptempo mod stomper that would have been an A-Side for most bands. The sleeve design features a pastiche of Warhol’s Campbell’s soup cans. Finally reissued on 7” so you don’t have to spend £200+ on the original