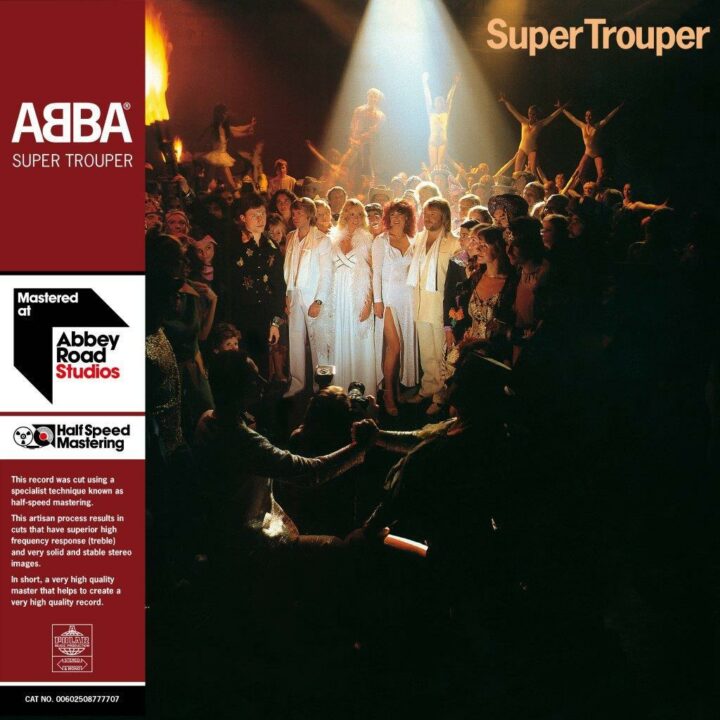 40th Anniversary Half Speed Remaster. Super Trouper was the group’s penultimate studio LP release and one of only two that the Swedish superstars made in the 1980s. It topped charts around Europe and beyond during the holiday season of 1980 and has continued to be a much-loved part of their unmatched catalog.

The album is presented in a expansive half-speed master, which was carried out at Abbey Road Studios in London by Miles Showell. The 2LP half-speed master of the album is on 2 x 12” black 180 gram, 45rpm vinyl discs, in a gatefold sleeve with certificate of authenticity and download card.