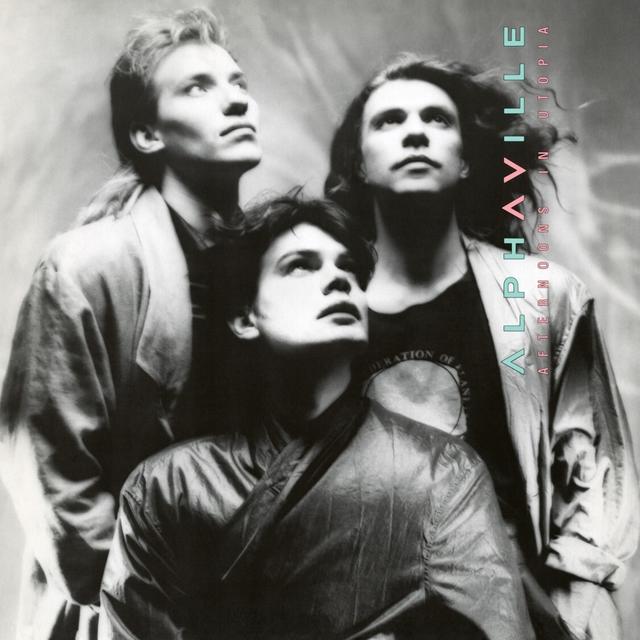 After the enormous global success of their debut album Forever Young (1984), German trio Alphaville set off to write another successful chapter in their career with the release of their second studio album Afternoons In Utopia (1986). The album reached Top 20 positions in five European countries and featured the singles “Dance With Me,” “Universal Daddy” and “Jerusalem”.

Personally supervised by Alphaville founding members Marian Gold and Bernhard Lloyd, Afternoons In Utopia has been remastered for the first time and includes additional bonus material.

This 2CD format of Afternoons In Utopia (Deluxe Edition) features the remastered album on Disc 1, whilst Disc 2 includes 14 remastered B-sides, 12” and 7” mixes, remixes, demos as well as a rare live version of the single “Dance With Me“ plus a 20-page booklet.