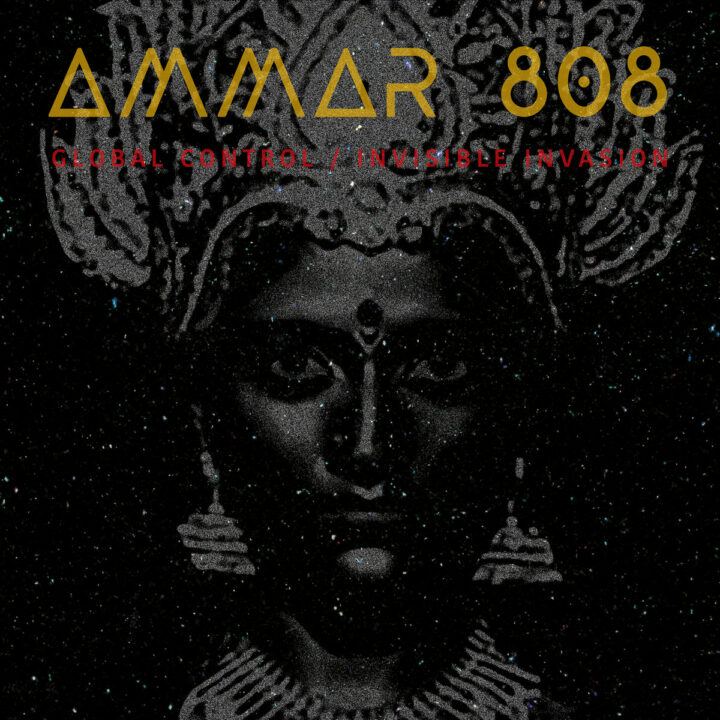 AMMAR 808s previous album Maghreb United was a powerful mixture of deep TR-808 bass and Pan-Maghreb beats and voices received widespread critical acclaim and shook dancefloors throughout Europe, North Africa and beyond. This time Brussels-based Tunisian electronic producer Sofyann Ben Youssef (aka AMMAR 808) has travelled to the Tamil Nadu region of southern India for a breath-taking new adventure. With a suitcase full of recording equipment, he set up base in the pulsing city of Chennai and undertook a collaborative reimagining of the area’s rich and resonant musics. Ranging from trance temple sounds to rap-like street theatre performance and ending with the mathematical richness of Carnatic music, Ben Youssefs in situ recordings form the foundation of his potent new album: Global Control / Invisible Invasion.