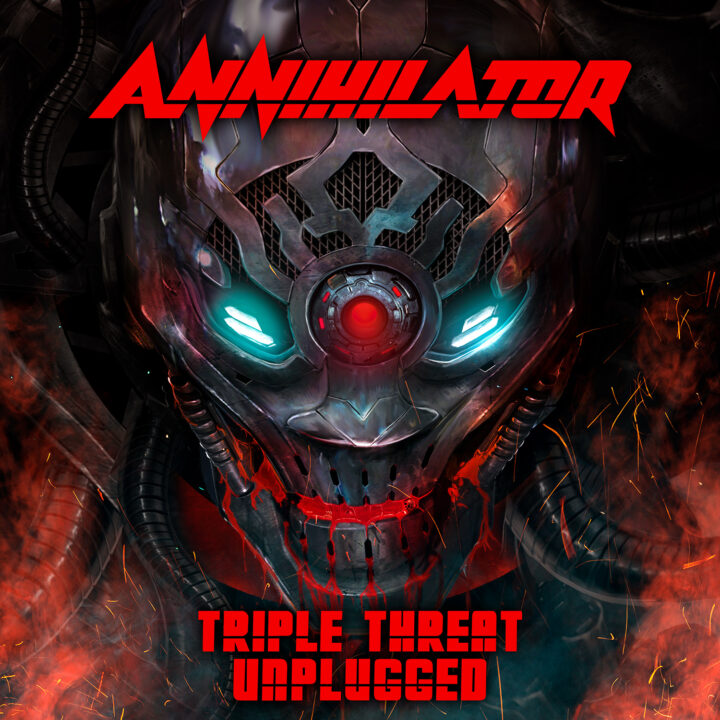 Canadian thrash metal protagonists Annihilator celebrate Record Store Day with a 12” picture disc release of acoustic material previously only available in 2017’s Triple Threat CD format (the picture disc is the 2017 release cover art). Titled Triple Threat Unplugged, the 10-cut selection further accentuates the virtuoso skills of founder and leader, Jeff Waters, and were never previously released on vinyl. Joining Waters for the recordings, which took place in his home studio near Ottawa, were band members Aaron Homma and Richard Hinks, Vancouver BC drummer and friend Marc LeFrance plus Ottawa session player Pat Robillard, and the selections (which include Sounds Good To Me, Stonewall and Phoenix Rising) illustrate the more unique, calmer elements of Annihilator’s library, with Waters’ guitar as vibrant as ever in this acoustic setting. This is Annihilator annihilating in a whole other way!