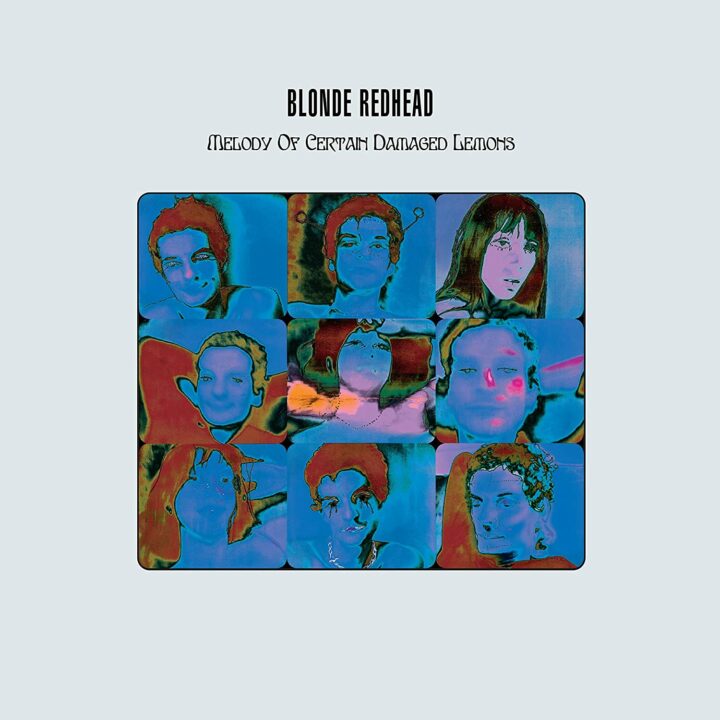 Originally released 20 years ago on June 6, 2000, Blonde Redhead’s 3rd Touch and Go Records album was recorded earlier that year at Bear Creek Studio in Washington State from January 15th til February 18th with Ryan Hadlock and Guy Picciotto. With Guy twisting the knobs and helping to shape the sound of the record, Simone, Kazu, and Amedeo found themselves in an ideal environment to create a distinctive record. From the first notes of Equally Damaged, you are drawn in -starting with a simple, twisted melody, augmented bit by bit with rhythms and the distinctive vocals and lyrics which are the center of these songs. Moved dramatically to the front of the mix, the vocals on this record are rich and melodic, sometimes recorded with three mics at once to get the depth of the sound.

These songs are reminiscent of the twisted sentimentality of Serge Gainsbourg. Using basic instruments, melodies, and rhythms, the recording, the instrumentation, and the general presentation of each song create intricately layered, provocative, and genuinely emotional songs that continue to play themselves in your head for days. The mix of the guitars, the power of the drums, and the infectiousness of the rhythms, combined with the remarkable vocals and lyrics, make Melody of Certain Damaged Lemons a beautiful release.