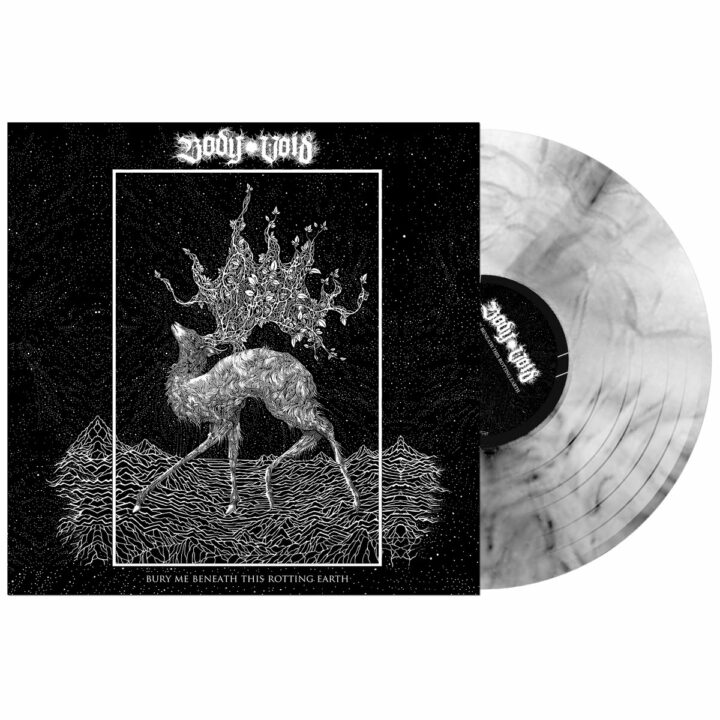 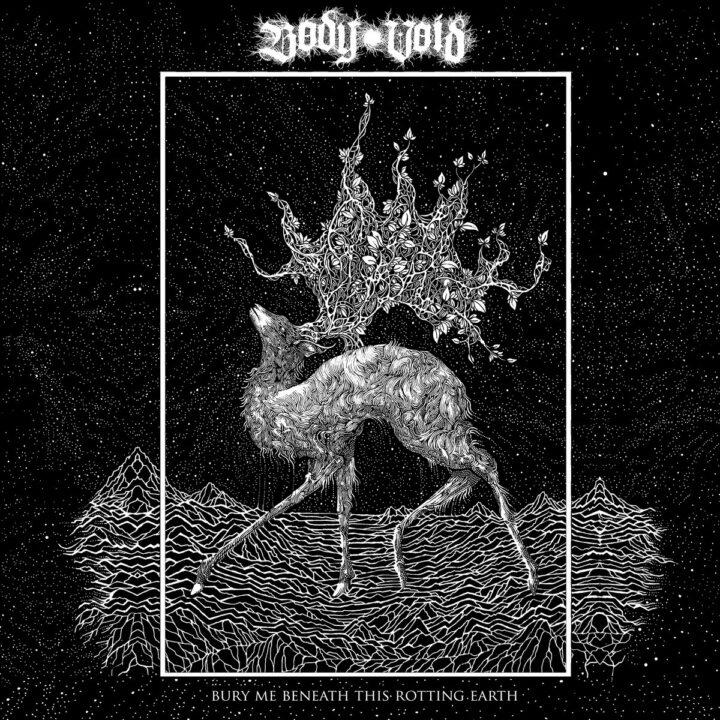 BODY VOID – Bury Me Beneath This Rotting Earth

Recorded in June 2020 whilst the United States of America teemed with discordance and conflict under the heat of a sweltering summer and a tyrannical leader, Bury Me Beneath This Rotting Earth evolved into a document of its surroundings; a product of its environment. At Blackheart Sound in Manchester, New Hampshire the two members of Body Void worked with producer Eric Sauter, to process their feelings – both those that had been long festering, and those which were new and raw – into the four tracks that make up their third studio album. An additional layer of electronic filth was applied with the help of solo noise musician, and Body Void touring bassist, Entresol. Lyrically, the album addresses the state of the USA within the context of the ever-decaying earth. Part love-letter, part manifesto, the tracks swing between the specific merciless destruction of climate change, and the complicit mindset that allows devastating harm to run rampant through society. The roiling disgust at the human impact on a cherished planet is juxtaposed with a defiance and devotion to embrace the Earth as it is, flaws and all.