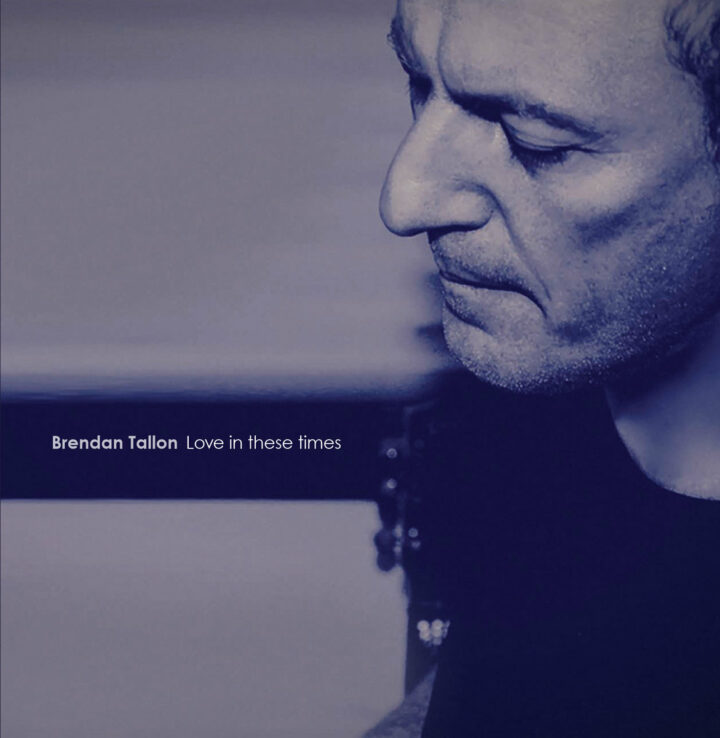 BRENDAN TALLON – Love In These Times

This is a presale order, release date JUL 2nd

All orders will be shipped on or before JUL 2nd

Last year’s Indie chart-topping re-issue of Revelino’s acclaimed debut album was one of the good news pandemic stories for the Irish independent scene. Now, from something old and classic is born something new and vital from the wickedly talented pen of Revelino’s songwriter.

Love In These Times is the debut solo album from Brendan Tallon and though he may have been AWOL for a few years it is easy to see and hear on this extraordinary record that he has spent his time away from the limelight but not away from music. Life may have gotten in the way of making this record sooner but in that time he has amassed an entire treasure trove of brilliant ideas realised into fully-formed songs. It’s a debut full of optimism and cerebral exuberance, light and colour defiantly counter-pointing a world wrought with anxiety with bright, up-beat pop songs full of thoughtful empathy and hope, not to mention addictive hooks and joyous genre bending recklessness. Every song is crafted meticulously and lovingly with a depth and resonance that weaves a rich tapestry, distilling his passion for subtle and layered musical and lyrical textures.

It’s fair to say that Love In These Times displays a dedication to a wide vista of musical touchstones but goes way beyond that to create timeless tunes. These songs draw you intimately into Tallon’s visions on love and justice, obliquely articulated, as melodies woo you into an uplifting aural seduction. Some may say Tallon’s life-affirming take on modern society is somewhat naive but anyone who has turned on the radio in the last few weeks to hear the poignant heart-swelling bliss of latest single ‘American Strings’ is receiving the hit of naivety we all need right now. It is no surprise it has been the number one most played song on RTE Radio 1 in May / June.

Before that debut single offering ‘Old Man Superman’ honoured the self-sacrifice during times of catastrophe. Second single ‘American Strings’ contemplates our ambiguous binds to greater powers. Forthcoming single ‘The First Time I Saw You’ opines to a lovestruck groove and heavenly strings, on the pain and joy of desire. “What’s the use in pride when you get that rush” is one of the many lines throughout the album that captures the sentiment of giving yourself away to love like it’s our one last salvation, in some ways a full cycle return to the ethos of more innocent times but Tallon reopens that book unashamedly. On title track ‘Love In These Times’ he argues a return to universal value is more vital than ever when things are going badly wrong, but frames it in the sass of glam style Roxy Music and the innocence of doo- wop to deliver thought provoking moments of empathy, “the future’s here but not everywhere, oh listen to the sigh of the poor, give them your hand to hold on the lonely road, looks like they’ll be out there for a while”.

Love In These Times is 11 unique visions joined by a yearning for connectivity, romantic and universal. Songs of a timely significance.

Commenting on the album Tallon says, “If there is a thread running through the songs on this album it’s that when things are looking really bad and you feel like you’re losing everything, the one thing you really don’t want to give up on is love. And for me that includes music. And love of music.  I don’t mean that in a corny or wishy-washy way but in the most stark and brutal way that what keeps you hanging on is love – someone’s love or the hope of love, universal connectivity or just one connection that gives you light at the end of the tunnel.” The light and the shadow of all that love and hope that calls you back from the wilderness and propels you forward into a new kind of optimism. In a world of too much plastic, this is a lovingly cut gem.

Brendan first received the masters for Love In These Times on the day the first that lockdown was announced in March 2020 and is now delighted to finally announce the release date of July 2nd.

Love In These Times is dedicated to the memory of two great friends and fellow musicians, Gavin Ralston & Mark Levins. A timely reminder that ‘it’s a heart breaking sometimes that let’s love in’.