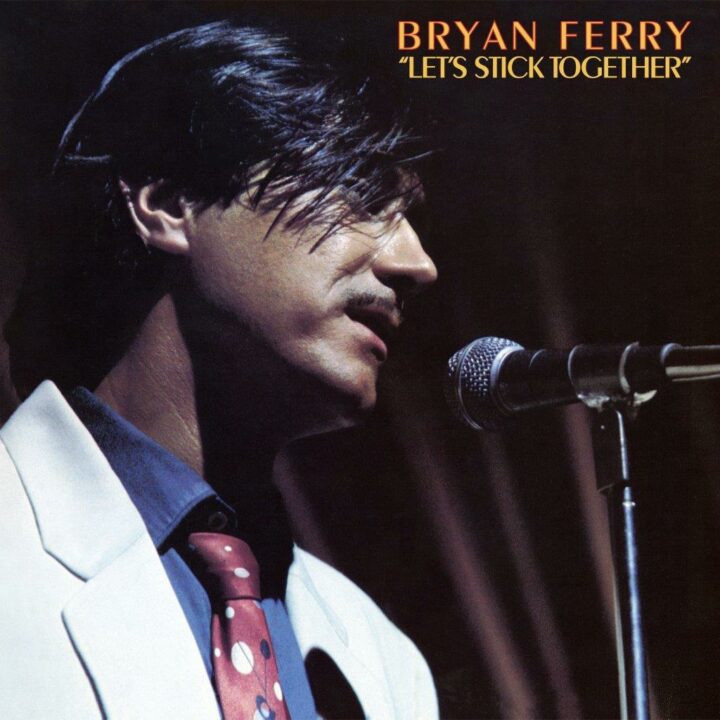 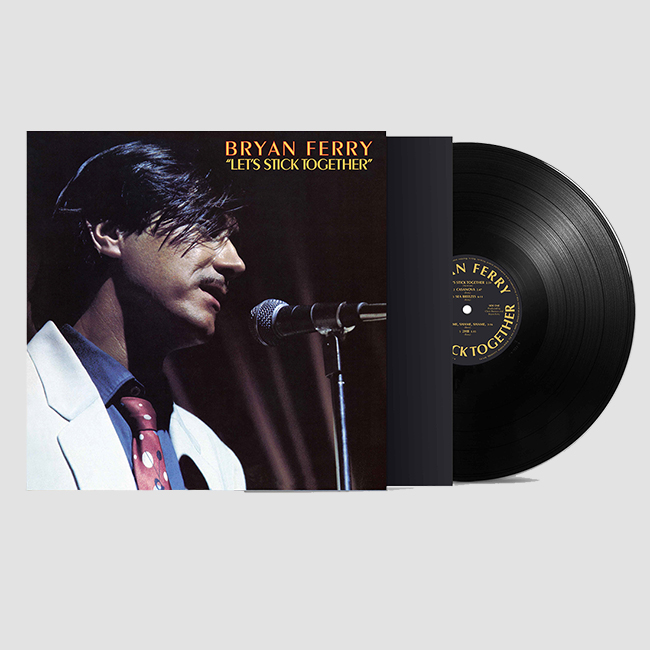 Let’s Stick Together by Bryan Ferry was his third solo release, his first following the disbanding of Roxy Music earlier in the year of 1976. Unlike Ferry’s two previous solo recordings, Let’s Stick Together was not a dedicated album project, instead being made up of material released as singles, B-sides and an EP. Five of the tracks on the album were re-recordings of Bryan Ferry songs previously recorded with Roxy Music. “Re-Make/Re-Model”, “2HB”, “Chance Meeting” and “Sea Breezes” were from the band’s eponymously titled debut album (1972), while “Casanova” was taken from Country Life (1974). In most cases the re-recordings were smoother and more oriented to jazz and R&B than the original Roxy Music versions. The other six tracks on the album were covers. The sax-driven “Let’s Stick Together” was written and originally recorded by Wilbert Harrison. Other up-tempo numbers were The Everly Brothers’ “The Price of Love” and Jimmy Reed’s “Shame, Shame, Shame” (which includes a counter-vocal by the backing singers which quotes Marvin Gaye’s “Can I Get A Witness”). The remaining covers, which included The Beatles’ “It’s Only Love”, were performed in a mellow cabaret style. Lovingly Re-Mastered from the original tapes by Frank Arkwright at Abbey Road Studios. London. Featuring artwork that has been faithfully restored to reflect its original first press “Let’s Stick Together” is presented on 180g heavy weight vinyl.