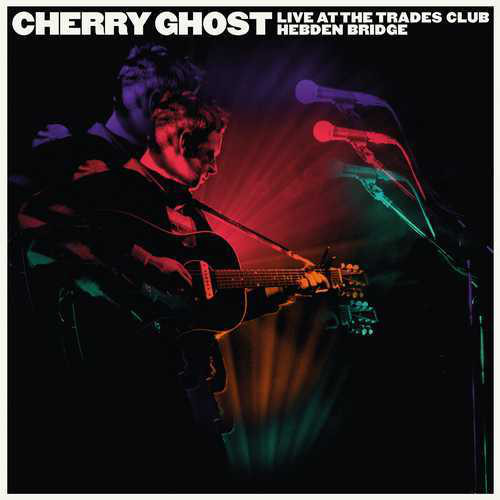 As the final act before their hiatus – coming after three critically praised albums in a decade – Live at the Trades Club Hebden Bridge is Cherry Ghost performing an intimate, starkly arranged set at the 2015 Heavenly Weekender. Released now for the first time – on double vinyl – this is perhaps the best realised collection of songs from Cherry Ghost, the alias of the Ivor Novello award-winning songwriter Simon Aldred.

The instrumentation – Aldred is joined on keyboards and light percussion by Christian Madden and Grenville Harrop – brings to the fore Aldred’s peerless songwriting, his oak-aged, prematurely wisened baritone. All of human life is here – tracking a drizzly Northern gothic of last bus loneliness, late-night Spars, solitary drinkers, factory floors and Gods that betray. And yet, there’s more than meets the eye. There’s magnetic renderings of his best known songs – 4AM, People Help the People, the soaring Mathematics – but surprises reveal themselves. All I Want and Herd Runners candidly examine Aldred’s sexuality, whilst the seldom heard b-side Bad Crowd reveals Aldred to be a much funnier songwriter than remembered.

What runs right through Aldred’s work, however, is a yearning – a much tested faith in romance – so no wonder that the album ends on its most optimistic notes, at the darkest point of winter nestled in the West Yorkshire valleys, promising clear skies ever closer.