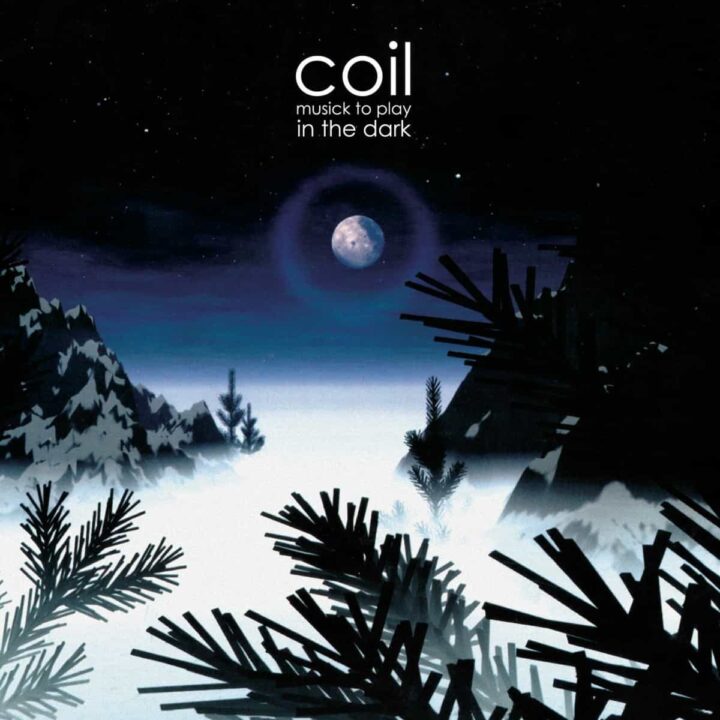 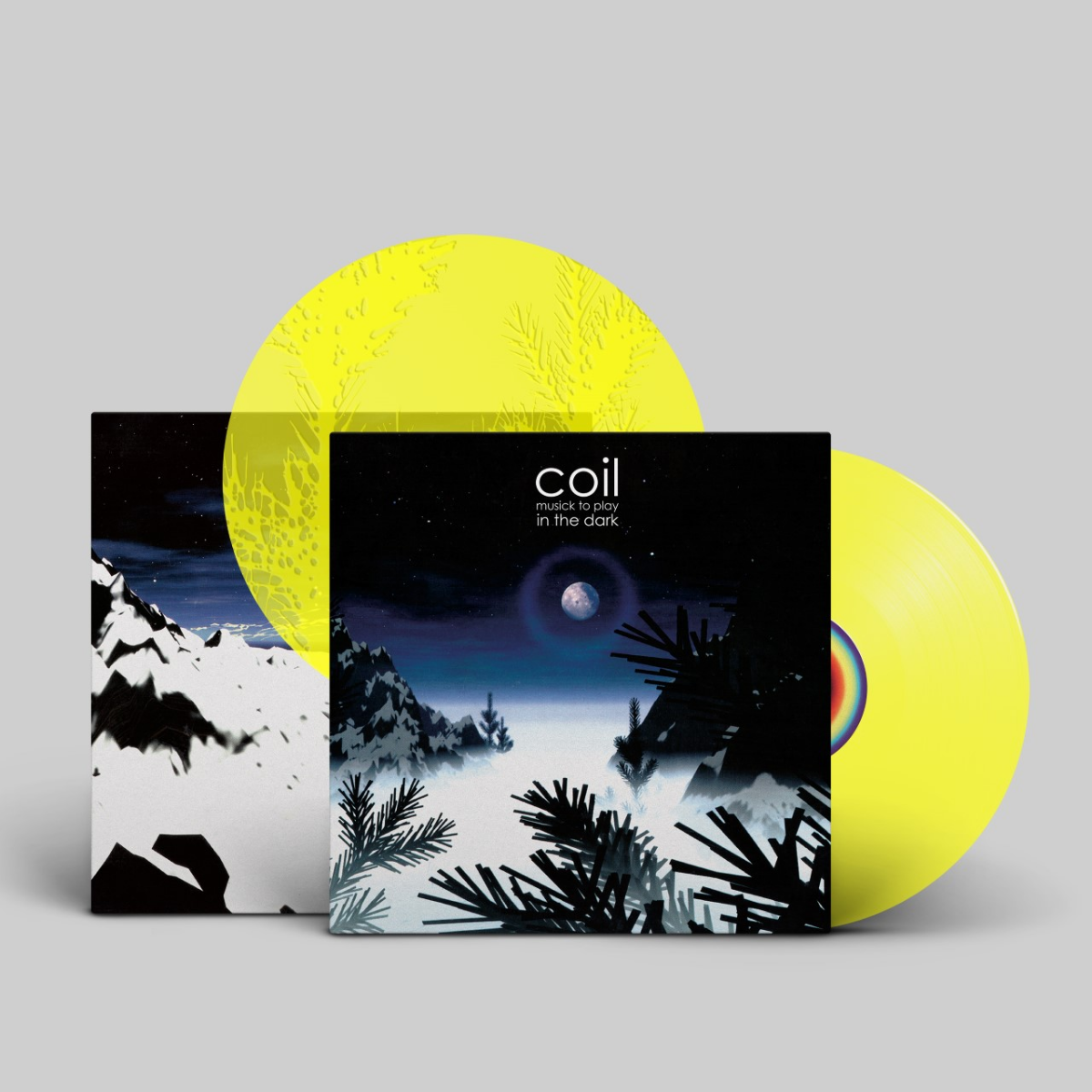 COIL – Musick to Play In The Dark

Few groups in recent history forged as confounding and alchemical a body of work as Coil, the partnership of Peter ‘Sleazy’ Christopherson and John Balance. From album to album and phase to phase their recordings spelunk perplexing depths of esoteric industrial, occult electronics, and drugged poetry, both embodying and alienating parallel currents of their peers. The late 1990’s in particular were a fertile era for the duo, embracing chance, chaos, and collaboration, enhanced by recent advancements in synthesis and sampling. Fittingly, at the summit of the decade’s long, intoxicated arc, their divergent strains of interstitial ritual congealed into one of Coil’s most celebrated and hallucinatory creations: Musick To Play In The Dark.

Convening at Balance and Christopherson’s vast Victorian house / studio in the coastal town of Weston-super-Mare, they began a series of ambitious sessions aided by inner circle associates Thighpaulsandra and Drew McDowall. Although the creative process was admittedly “iterative” and “a bit of a drug blur,” the results are astoundingly inventive and well realized, winding through shades of divination dirge, wormhole kosmische, noir lounge, ominous humor, and black mass downtempo, guided by Balance’s cryptic lunar muse, which he announces on the opening track: “This is moon musick / in the light of the moon.”

What’s most remarkable about the album 20 years after its release is how brazen, insular, and unpredictable it still feels. The songs follow an allusive, altered state logic all their own, warping from microscopic ripples of glitch and breath to widescreen warlock psychedelia and back again, as much hyper-sensory as interdimensional. Even within a catalog as eclectic as Coil’s, Musick is a mystifying collection, oneiric evocations of desire, decadence, dinner jazz, and dietary advice, far beyond the pale of whatever gothic industrial ambiguity birthed such a journey. The record closes with a slow, starlit shuffle, bathed in seething sweeps of spectral texture and high cathedral keys, like approaching the altar of some arcane temple. As the trance thickens Balance’s voice rises, processed into an increasingly eerie, gaseous haze, but he resists these unseen forces, intent on delivering a final sermon: “Through hissy mists of history / the dreamer is still dreaming / the dreamer is still dreaming.”