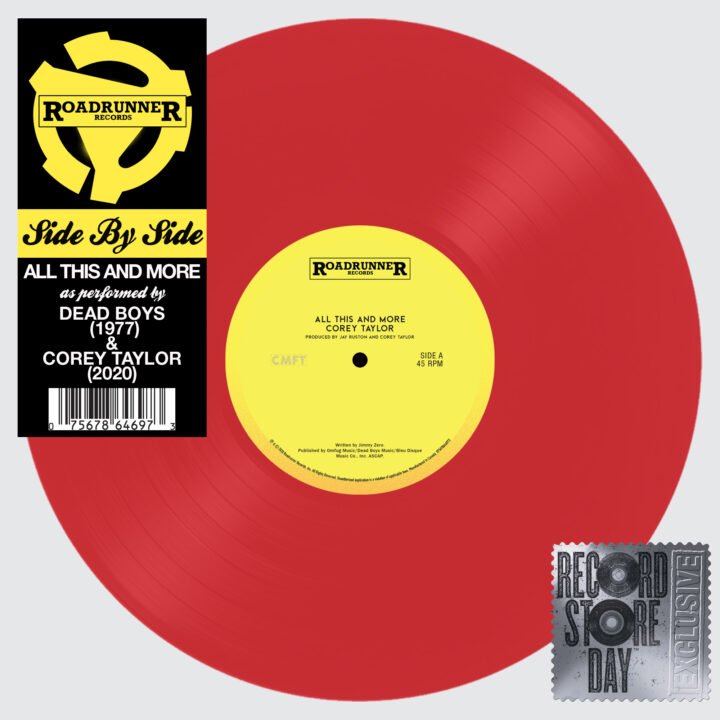 The second in the Roadrunner Records ‘Side By Side’ release series after the Trivium / Type O Negative split last year is Corey Taylor and Dead Boys. This release sees the Slipknot / Stone Sour frontman, off the back of his recent debut solo album CMFT, cover the Dead Boys’ track on one side with the original band version from 1977 on the other.