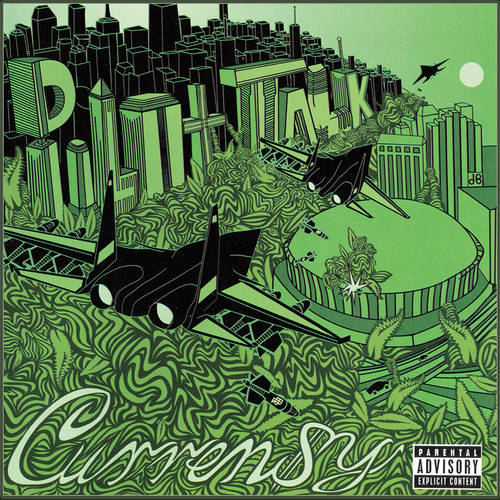 Curren$y, the New Orleans rapper – who has amassed a cult following, and who bounced around labels such as No Limit, Cash Money, DD172 in his early days to finally running his own imprint, Jet Life Recordings – has paved his own path, his own way. As the first release on Damon Dash’s new imprint, DD172, Pilot Talk paired him with producer Ski Beatz (best known as a producer on JAY Z’s seminal project, Unreasonable Doubt). While an unlikely pairing, the two artists’ styles complimented each other in an indescribable way which has lead to Curren$y’s long, and independently successful career. Now considered a cult classic, it sees it’s first vinyl release on coke bottle green vinyl