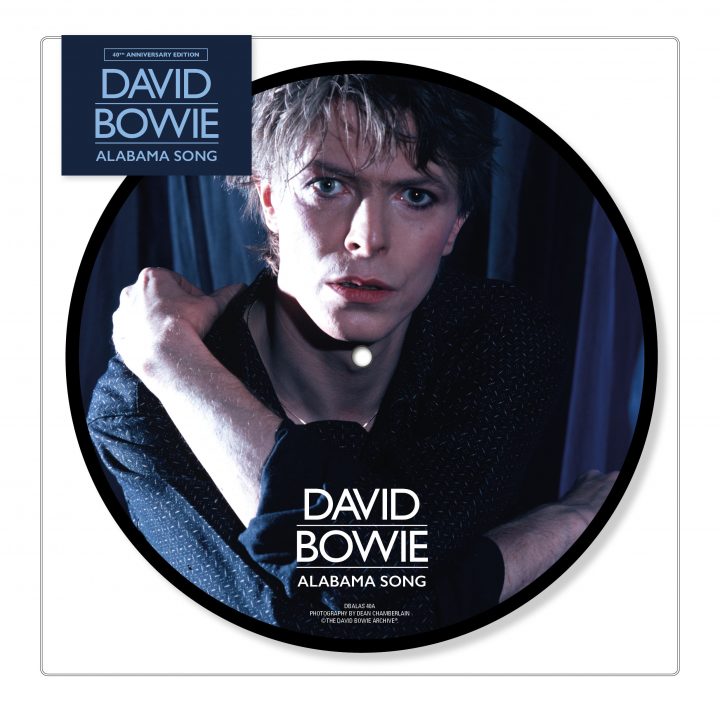 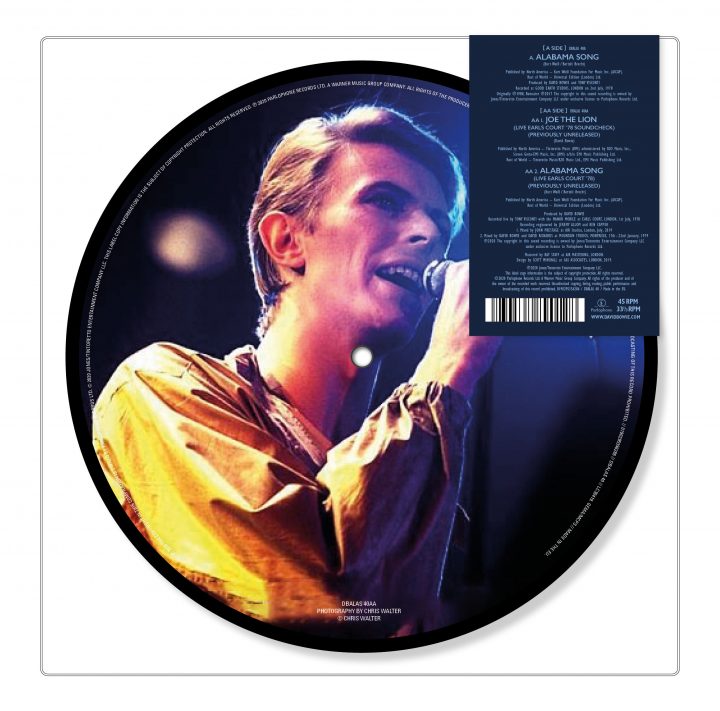 Originally released in the UK on 15th February, 1980 ‘ALABAMA SONG’ was initially written as a poem by Bertolt Brecht in 1925 and was put to music by Kurt Weill for the 1927 play Little Mahogany. David Bowie was a longstanding Brecht fan and included the song in the setlist for his 1978 Isolar II tour.

The studio version of ‘ALABAMA SONG’ on the A-side of this release was recorded on July 2nd 1978, the day after the final show of the European leg of the tour, at Tony Visconti’s Good Earth Studios in Soho, London.

The AA-Side features two previously unreleased tracks; A rendition of “Heroes” track ‘JOE THE LION’ recorded at the soundcheck of the tour’s final Earls Court show on the 1st July 1978. Though rehearsed for the Isolar II tour ‘JOE THE LION’ would not make its live debut until the Serious Moonlight tour of 1983.