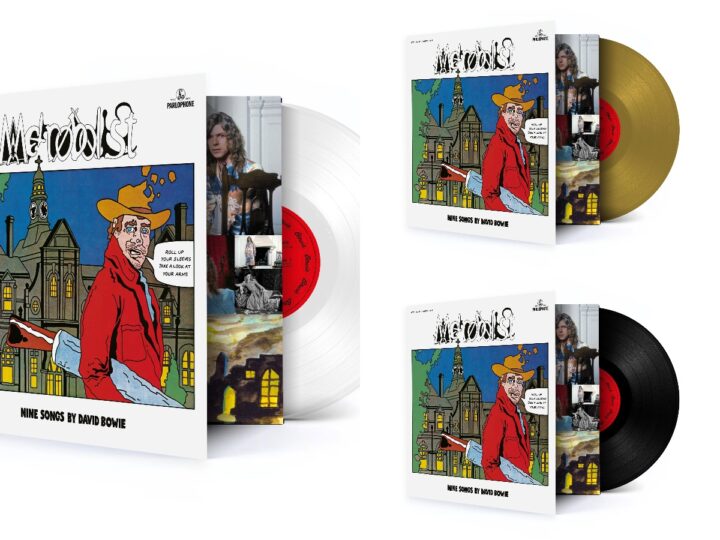 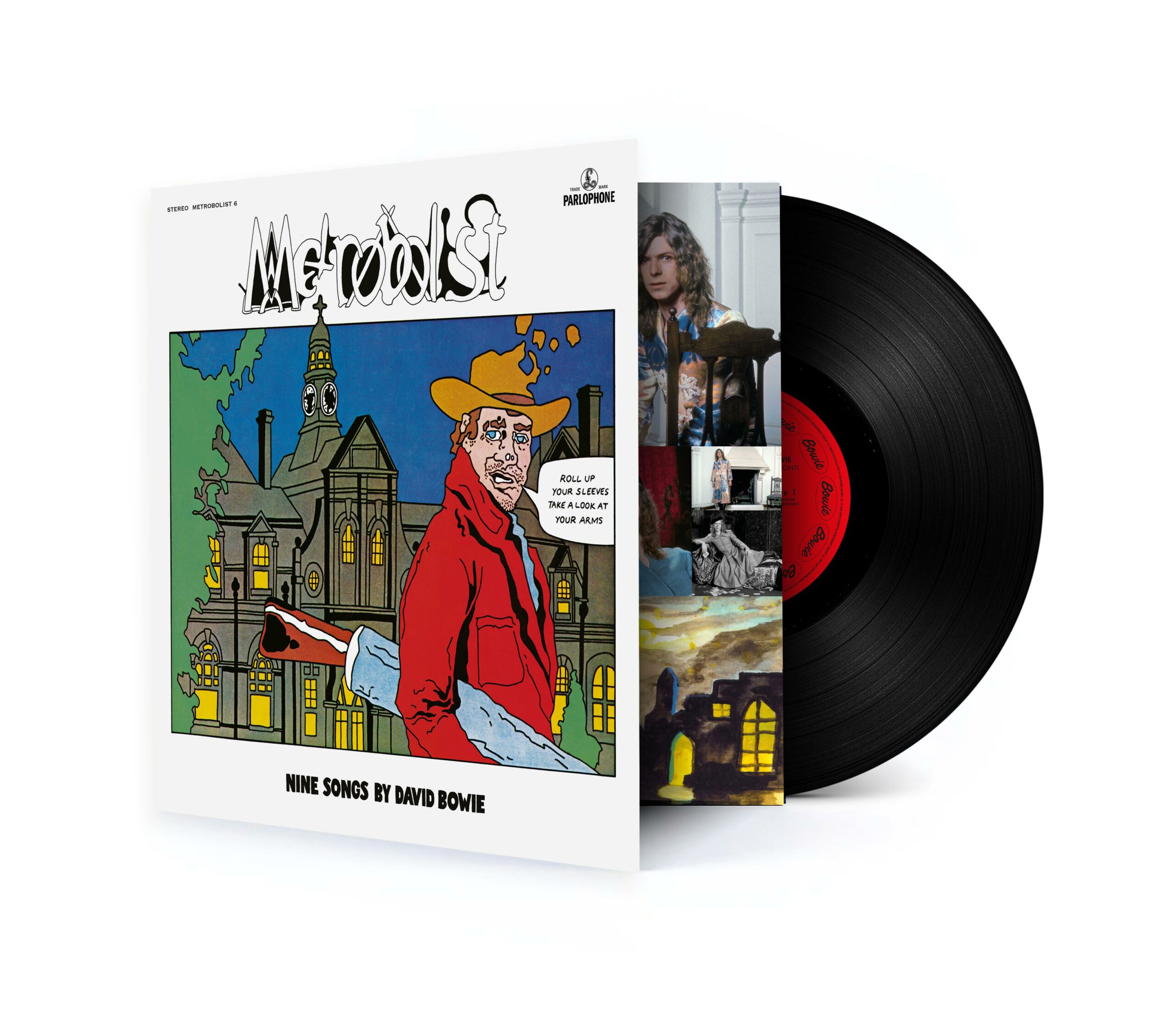 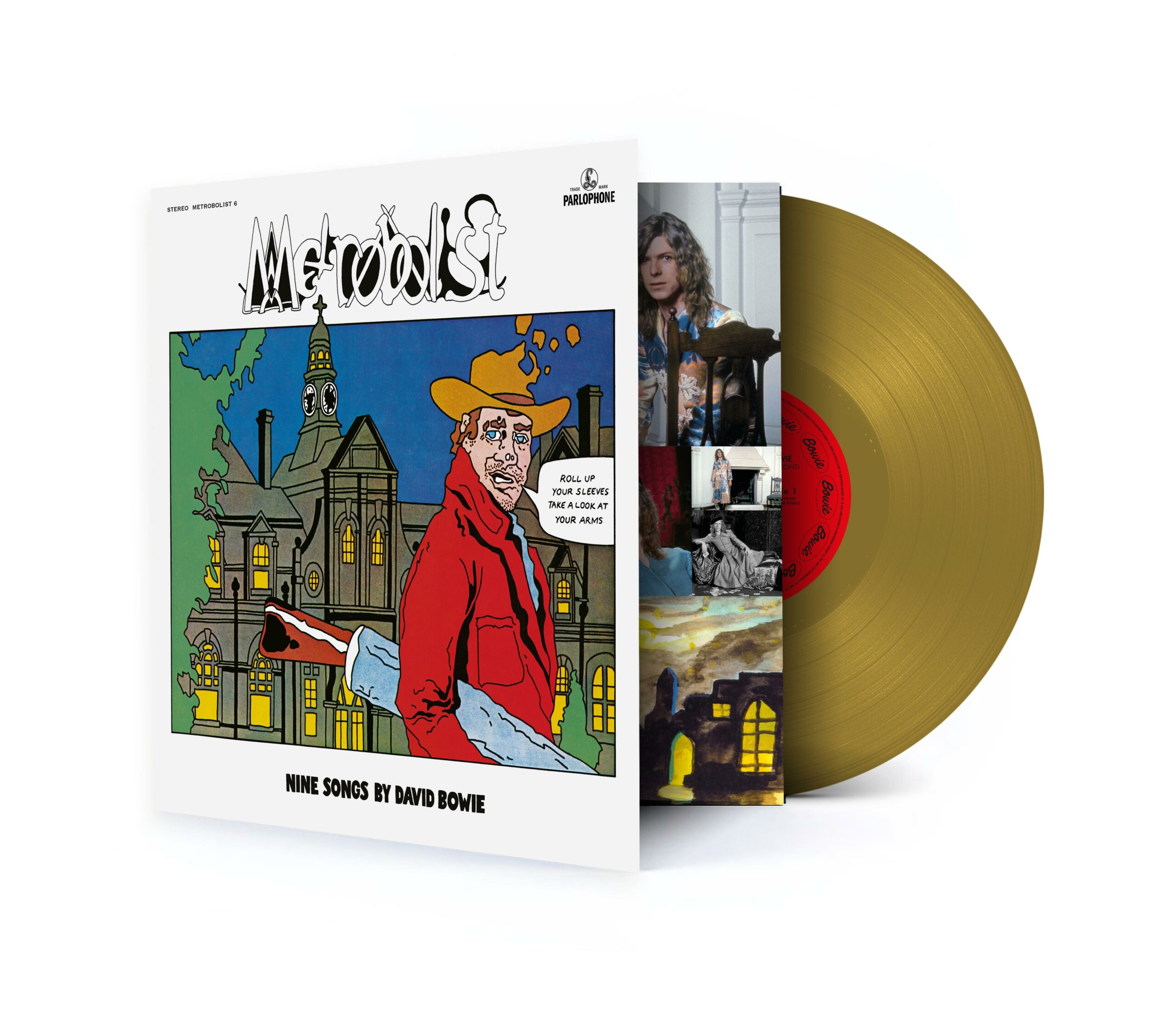 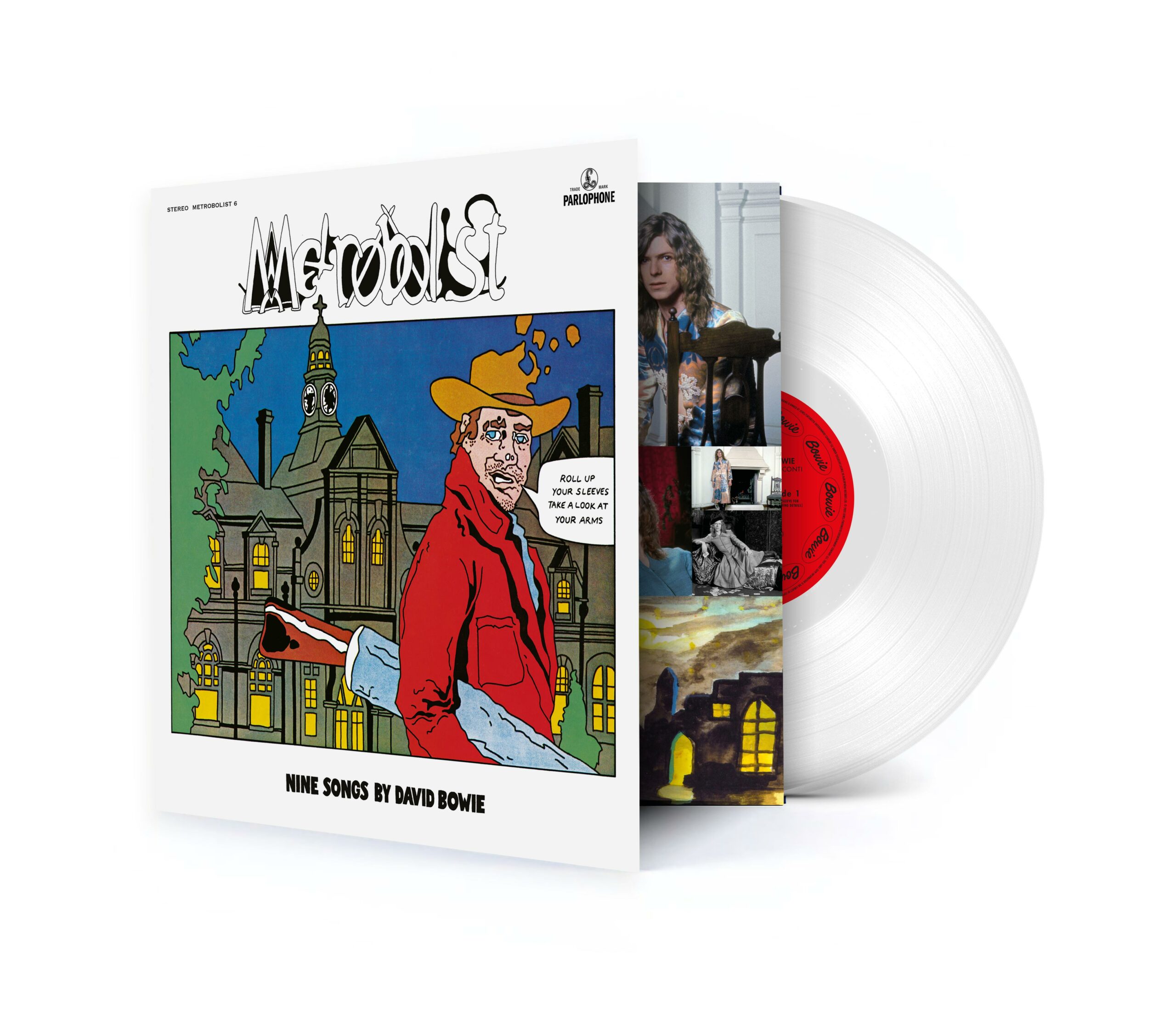 This November sees the 50th Anniversary of the release of David Bowie’s The Man Who Sold The World in North America. The rest of the world would have to wait until April 1971 to witness Bowie’s landmark entry into the 1970s, marking the beginning of a collaboration with guitarist Mick Ronson that would last through classic works including Hunky Dory, Ziggy Stardust and Aladdin Sane—as well as the first in a 10-year series of indispensable albums stretching through 1980’s Scary Monsters…

Originally titled Metrobolist, the album’s name was changed at the last minute to The Man Who Sold The World — the original stereo master tapes were in fact labelled Metrobolist, with the title ultimately crossed out. The 2020 re-release of the album under its Metrobolist moniker has been remixed by original producer Tony Visconti, with the exception of the track ‘After All’ which Tony considered perfect as is, and is featured in its 2015 remaster incarnation.

The Metrobolist 50th anniversary artwork has been created by Mike Weller who was behind the originally intended album artwork which Mercury refused to release. The gatefold sleeve also features many images from the infamous Keith MacMillan Mr Fish ‘dress’ shoot at Haddon Hall which would cause so much controversy when one of the shots was used on the cover of the The Man Who Sold The World album in the rest of the world in spring of 1971.

The original U.S. release of The Man Who Sold The World utilised some of the original Metrobolist design elements.

For the 50th anniversary the 1970 story of the gatefold sleeve can be told in full with unused ‘dress’ photos. As Mike Weller explains:

“There is a story concealed in the carpet-scattered playing cards, David has thrown a plain 52 card deck in the air as though “casting the runes” but in a significant break from 60s Tarot divinations such as I Ching etc he casts runes using a four-suit pack and switches man-dress, along with the Court Card of the Future from right hand to left, signifying a new decade and new cultural era.”

David personally delivered the Metrobolist concept and his gatefold plan to the record company for production and now with this release, it can finally be seen much closer to its original concept. Bowie speaking in 2000 said of the sleeve imagery:

“Mick Weller devised this kind of very subversive looking cartoon and put in some quite personalised things. The building in the background on the cartoon in fact was the hospital where my half brother had committed himself to. So for me, it had lots of personal resonance about it.”

The Width of a Circle

She Shook Me Cold

The Man Who Sold the World