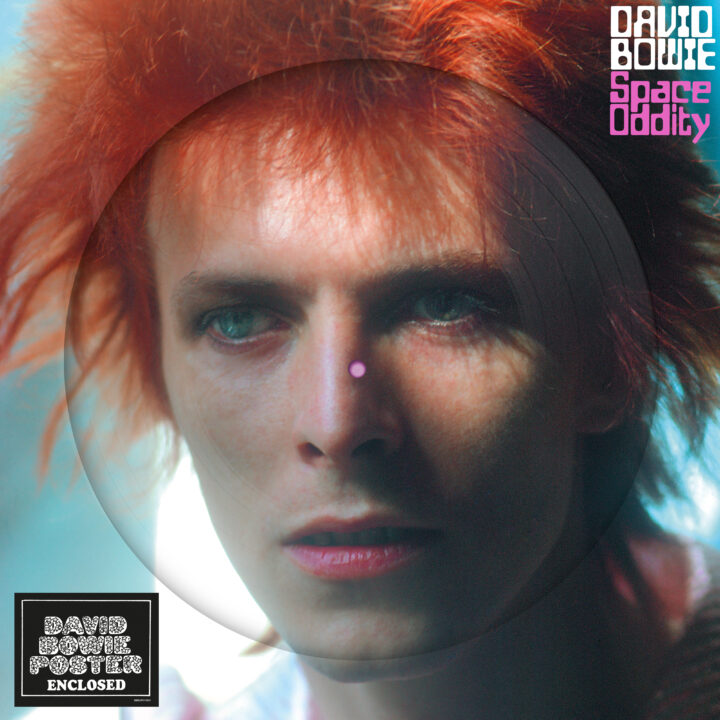 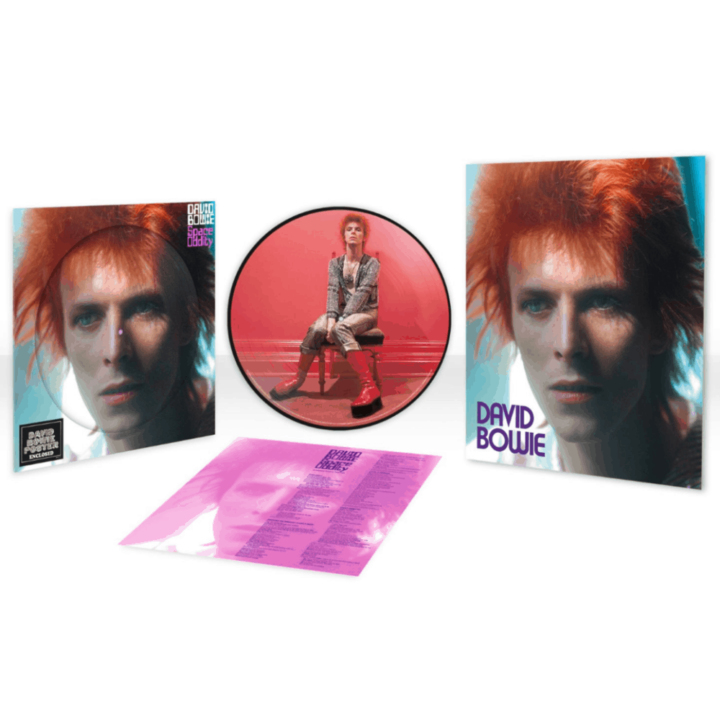 This is a presale order, release date  JUNE 19TH

All orders will be shipped on or before JUNE 19TH

17th April sees the release of a very special limited picture disc version of the 1972 edition of the ‘David Bowie’ album retitled as ‘Space Oddity’. The picture disc features the iconic Ziggy Stardust era artwork and comes with a replica of the poster which was part of the package at the time.
The November 1972 reissue of ‘David Bowie’ was released in the wake of Bowie’s breakthrough The Rise and Fall of Ziggy Stardust and the Spiders from Mars, and in chart terms outstripped the original making No. 17 in the UK chart and No. 16 in the United States.  The picture disc will feature the 2009 40th anniversary remaster of the album which was undertaken to match as closely as possible the original vinyl issue.