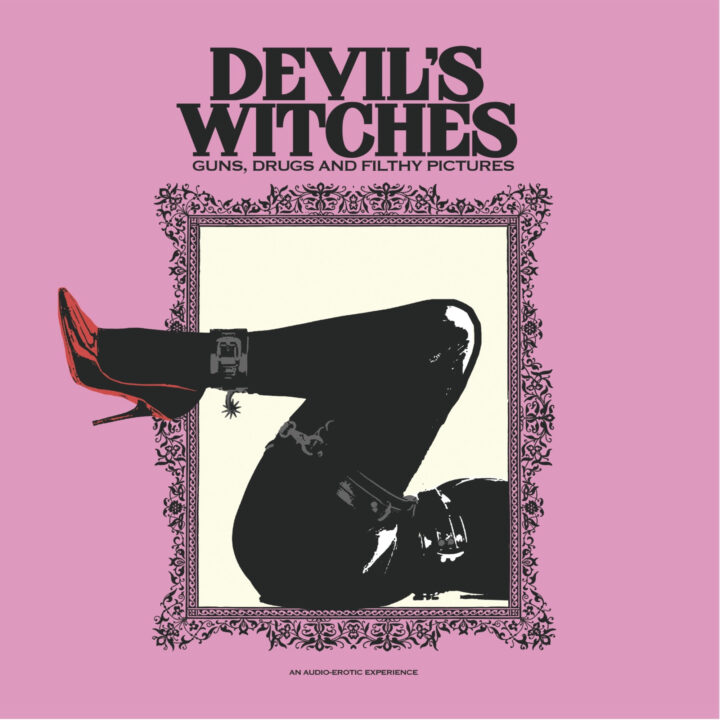 This release from Devil’s Witches marks the 3 year anniversary from the band’s debut. Devil’s Witches started as a one-man band and built an audience across those 3 years from initially selling a few hundred units into thousands of copies; garnering critical acclaim from Electric Wizard’s Jus Oborn and Ozzy Osbourne’s bassist Rob Blasko along the way.

The pressings have continually sold out and became collector’s items with some worth hundreds of pounds each. Having an RSD release is a special gift to the fans who have supported the music and those who have missed out. This two track release is unique in many ways. First, Andy Shardlow from The King’s Pistol features as guest bassist on both tracks. Andy has guested on tracks for a split EP before with Saint Karloff and is a fan favourite bass player. Having him on this Devil’s Witches release is a great inclusion.

Also, the opening title track Guns, Drugs and Filthy Pictures introduces another new guest in the form of lead guitar player Daniel Jones. Daniel is known online as East London Blues and famously did a much-loved cover version of the Devil’s Witches track Motorpsycho. Having Daniel appear on an official release will be a real treat for fans. His guitar work brings a fantastic new vibe to the band. This being his debut release with Devil’s Witches, it is sure to become a collector’s item.