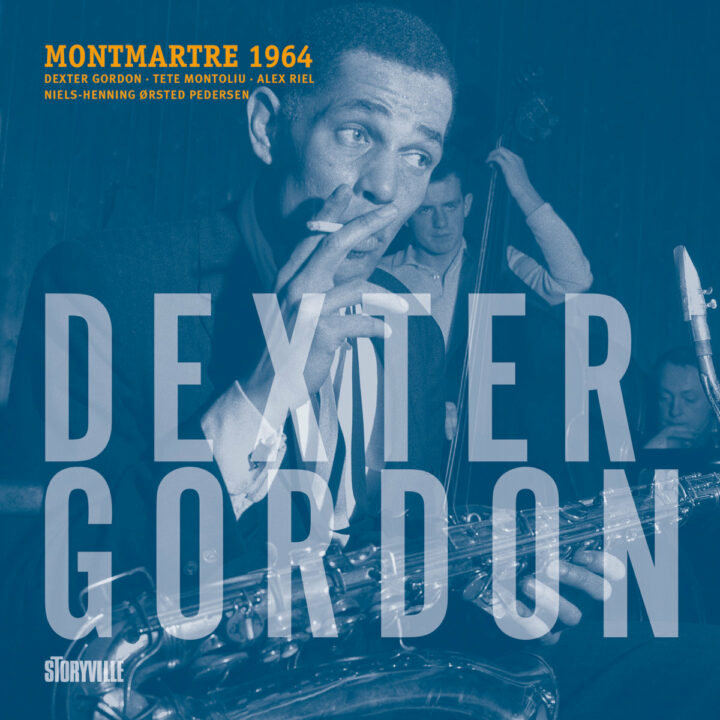 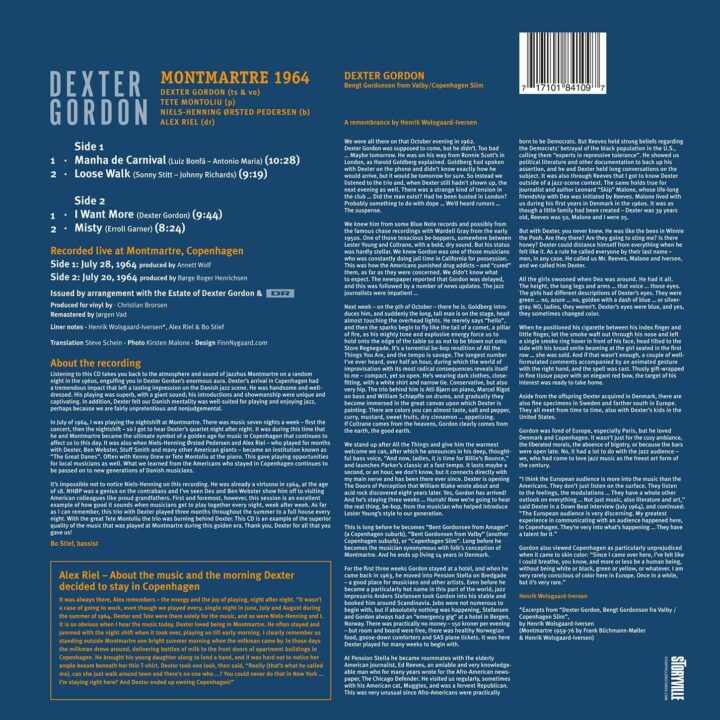 Listening to this album takes you back to the atmosphere and sound of Jazzhus Montmartre on a random night in the 1960s, engulfing you in Dexter Gordon’s enormous aura. Dexter’s arrival in Copenhagen had a tremendous impact that left a lasting impression on the Danish jazz scene. He was handsome and well-dressed. His playing was superb, with a giant sound; his introductions and showmanship were unique and captivating. In addition, Dexter felt the Danish mentality was well-suited for playing and enjoying jazz.

It’s impossible not to notice Niels-Henning Ørsted Pedersen on this recording. He was already a virtuoso in 1964, at the age of 18. NHØP was a genius on the contrabass. First and foremost, however, this session is an excellent example of how good it sounds when musicians get to play together every night, week after week. The trio played with Dexter three months throughout the summer to a full house every night. With the great Tete Montoliu the trio was burning behind Dexter. This album is an example of the superior quality of the music that was played at Montmartre during this golden era.