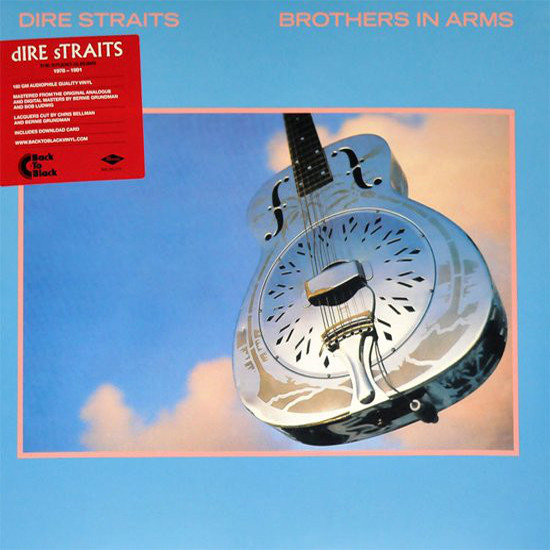 2LP – 180g Vinyl (mastered from the original analogue and digital masters, *includes voucher to download MP3 version of the album)

‘Brothers in Arms’ brought the atmospheric, jazz-rock inclinations of ‘Love Over Gold’ into a pop setting, resulting in a surprise international best-seller. Of course, the success of ‘Brothers in Arms’ was helped considerably by the clever computer-animated video for “Money for Nothing,” a sardonic attack on MTV. But what kept the record selling was Mark Knopfler’s increased sense of pop songcraft — “Money for Nothing” had an indelible guitar riff, “Walk of Life” is a catchy up-tempo boogie variation on “Sultans of Swing,” and the melodies of the bluesy “So Far Away” and the down-tempo, Everly Brothers-style “Why Worry” were wistful and lovely. ​Universal Music are proud to make available the Dire Straits studio album selection as limited edition individual LPs, beatifully presented and repressed on 180 gram heavyweight vinyl.