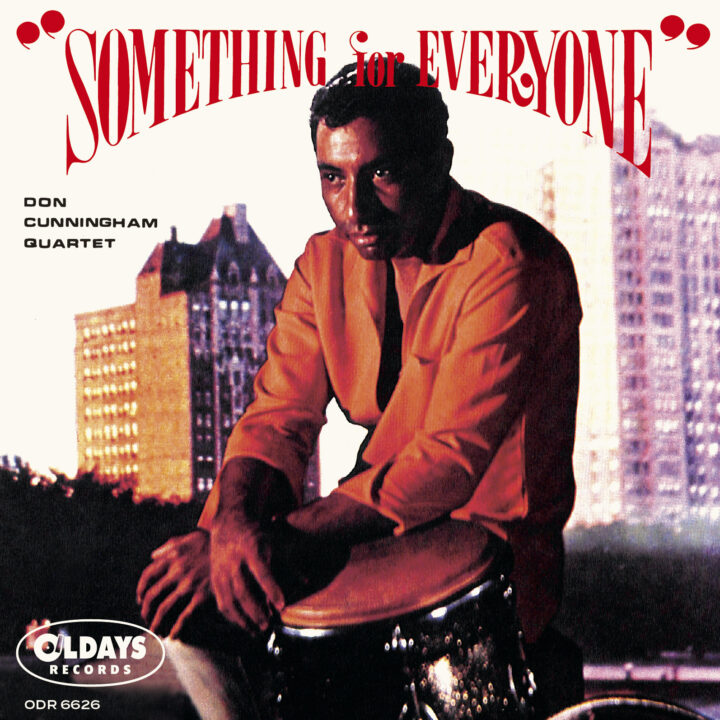 DON CUNNINGHAM QUARTET – Something For Everyone – LP – Limited Vinyl [BF2020-NOV27]

Luv N’ Haight is proud to preserve and re-issue one of the most collectible and highly sought-after jazz-dance records. Brad Holiday’s original liner notes (featured on the back of this album) tell it like it was. Don Cunningham, Marion Miller, John Mixon, and Manny Quintero formed the Don Cunningham quartet and played The Living Room at Hugh Hefner’s St. Louis branch of the Playboy Club between 1965 and 1968. Their music was different from that of the jazz mainstays playing in The Penthouse Room.

It was also different from any act in St. Louis at the time. Miller and Cunningham are surprised but obviously very happy with the current interest in the album. Both are still active musicians and hope that this re-issue may stimulate even more work for them. At time of writing Cunningham was on the road with his wife, appearing as The Cunninghams on tour with the Count Basie band. “It’s great that the album is being re-issued. There’s truly a quality of music on it that has been missed for so long. In a way it’s world music – Polynesian, samba, Brazil, jazz, West Indian. It has the energy of Latin and funk records. It’s inspired by – but is not really – easy listening, you couldn’t exactly sleep in our “Quiet Village!”” says Cunningham.