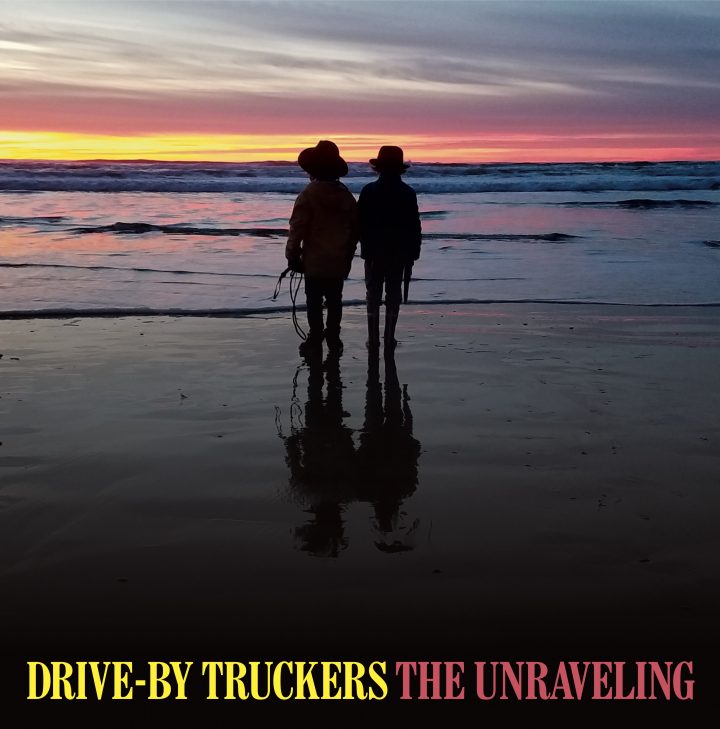 This is a presale order, release date JAN 31

All orders will be shipped on or before JAN 31

The songs that eventually emerged are among Drive-By Truckers’ most direct and pointedly provocative, tackling the myriad horrors of our new normal through sincere emotion and unbridled heart. Indeed, Armageddon’s Back in Town takes a whirlwind joyride through the whiplash of events we collectively deal with each day while the concluding Awaiting Resurrection dives headfirst into the despair and pain roiled up by these troubled times.

The remarkable songcraft found on The Unraveling receives much of its musical muscle from the sheer strength of the current Drive-By Truckers line-up, with Hood and Cooley joined by bassist Matt Patton, keyboardist / multi-instrumentalist Jay Gonzalez, and drummer Brad Morgan – together, the longest-lasting iteration in the band’s almost 25-year history. The LP also features a number of special guests, including The Shins’ Patti King, violinist/string arranger Kyleen King (Brandi Carlile), and North Mississippi All-Stars’ Cody Dickinson, who contributes electric washboard to the strikingly direct Babies In Cages.

WATCH “ARMAGEDDON’S BACK IN TOWN”