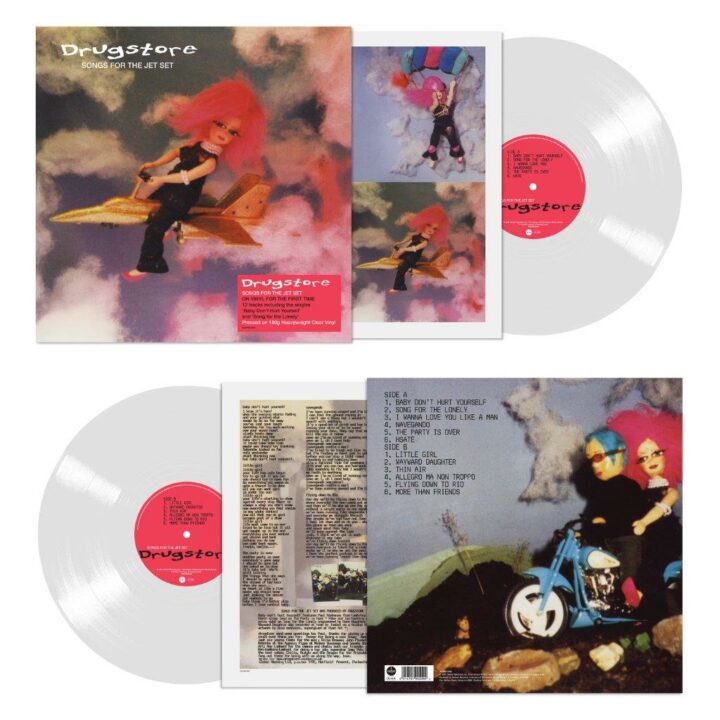 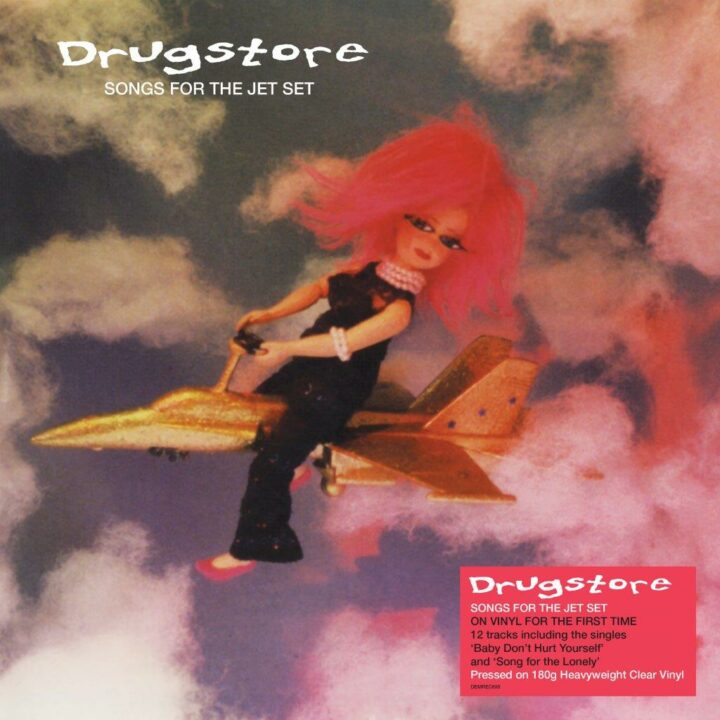 DRUGSTORE – Songs For The Jet Set

Formed in 1993 the British based trio was lead by Isabel Monteiro (writer, vocalist and bassist) and her smoky haunting voice. Songs For The Jet Set was originally released in 2001 and this is the first time it is released on vinyl. 12 tracks including the singles ‘Baby Don’t Hurt Yourself’ and ‘Song For The Lonely’. Pressed on 180g heavyweight clear vinyl with original artwork and printed inner sleeve.