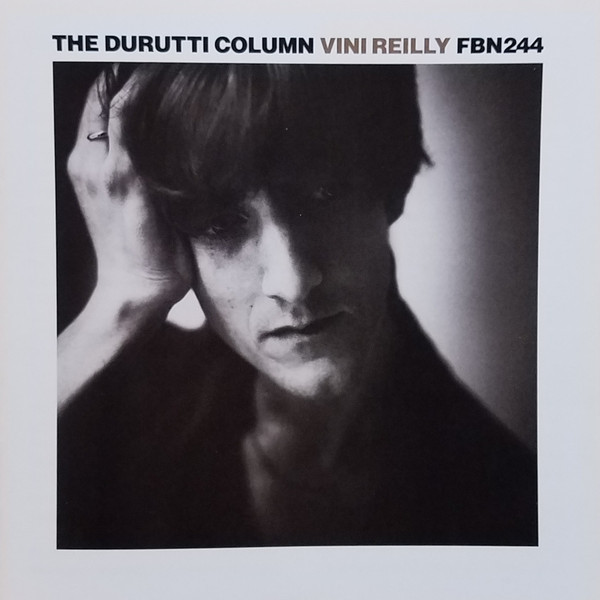 Produced by Vini Reilly and Stephen Street (The Smiths, Morrissey, Blur), the original working title of the Vini Reilly album was The Durutti Column Sampler.The sleeve itself samples Bob Dylan circa Highway 61 Revisited, showcasing an iconic portrait by Mark Warner.Indeed much about the album flirts with mainstream culture, being a deliberate attempt to position Reilly as a ‘pop’ artist following his chart-topping collaboration with Morrissey on Viva Hate.This collaboration is further explored on the bonus 7″ single, which features rare outtake I Know Very Well How I Got My Note Wrong and exquisite homage For Steven Patrick.Bonus tracks on this 2020 double-disc remaster include several never before issued on vinyl, including William B and Red Square from the extended CD version of Vini Reilly, plus all four tracks from pristine performance CD WOMAD Live.Recorded at the WOMAD Festival in Cornwall in August 1988, the core Durutti duo of Vini Reilly and Bruce Mitchell are here augmented by Andy Connell on keys and Chinese opera singer Liu Sola.