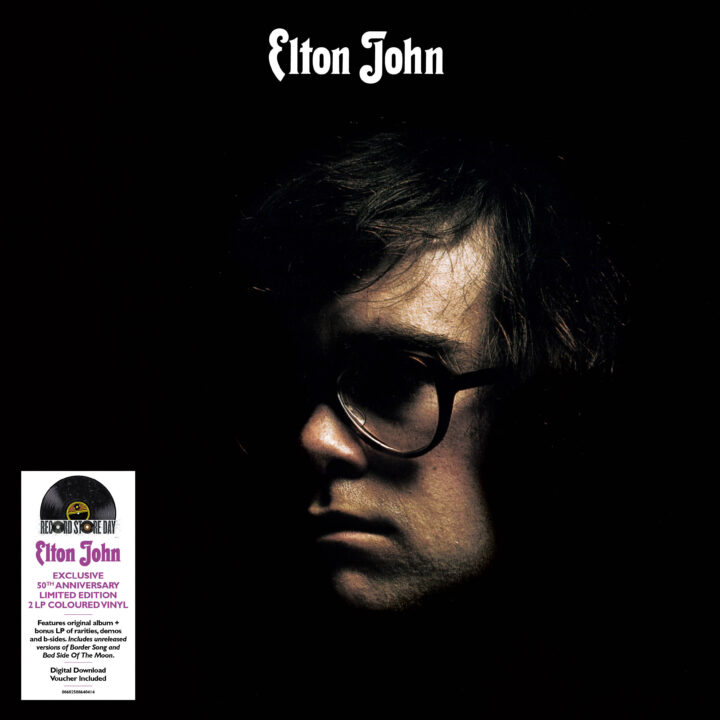 Celebrating the 50th anniversary of its release Elton John is released for Record Store Day as a Deluxe 2LP. Featuring the classics Your Song, Border Song and Take Me To The Pilot, the album propelled Elton John into the charts.

This Record Store Day release features LP1 – the 2016 remaster of the original album and LP2 – selected bonus tracks from 2008’s Deluxe Edition (not previously released on vinyl) It also includes after further archive searches two demos never officially released on any format previously – Border Song and Bad Side Of The Moon.