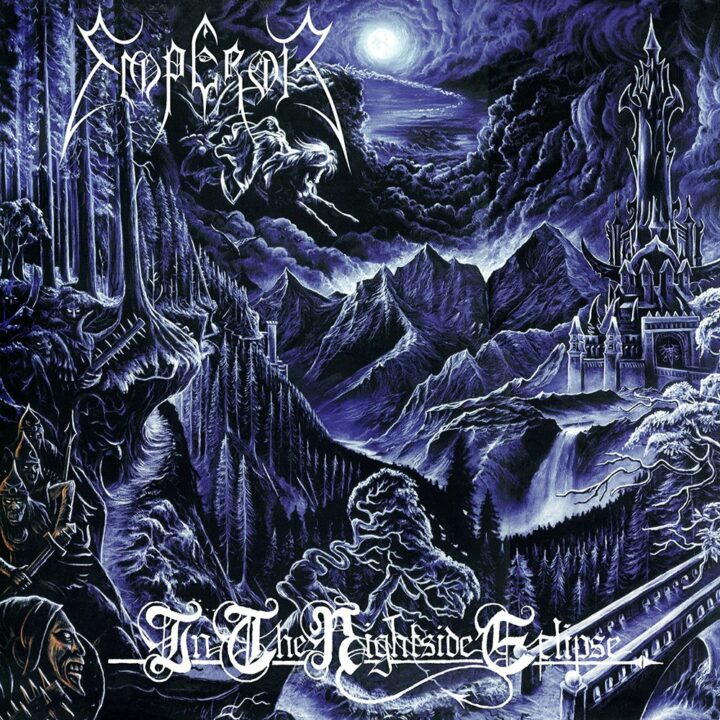 EMPEROR – In The Nightside Eclipse

In The Nightside Eclipse is the bands first album and takes on the full symphonic sound that they were best known for. This classic returns to vinyl as a half speed master done at the legendary Abbey Road studios.

It was recorded in July 1993 at Grieghallen and released in 1994 by Candlelight Records. This was also the last album to feature drummer Faust and the only one to feature one-time bassist Tchort. The album is considered a landmark in the black metal scene, ranked by critics as one of the most influential black metal albums. It also contains one of Emperor’s best-known tracks, I Am the Black Wizards.