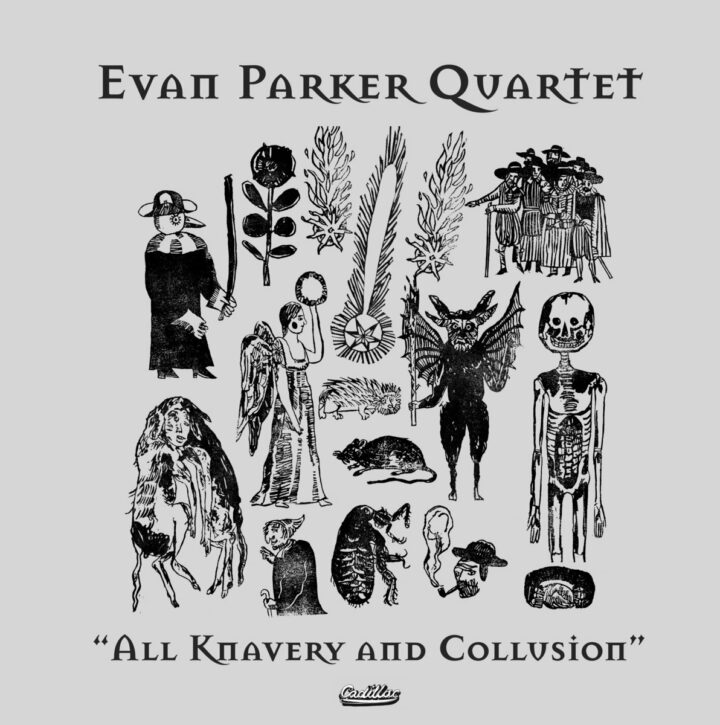 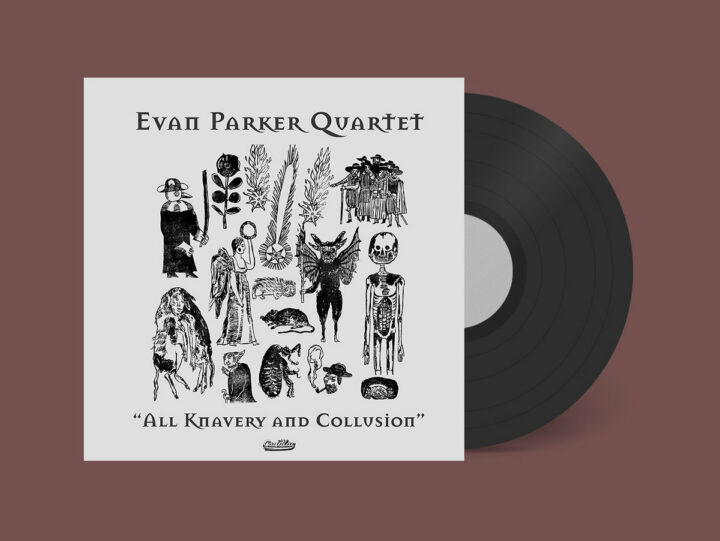 This new quartet recording by saxophone maestro Evan Parker is the first for many years to be released on vinyl. Beautiful gatefold LP edition, with original artwork by ‘Nervous’ Stephen Fowler. Parker, one of the great post-Coltrane saxophonists, has played a monthly gig at the London club The Vortex, for a considerable time.

Evan called these events his ‘jazz’ gigs and it seemed that the trio’s performance came close to seeing Coltrane or Ayler playing at the 5 Spot or one of the legendary New York venues. When Cadillac asked Evan if he would record an album for the label, it was this aspect of his multifaceted talents they had in mind. The quartet you hear on this album (with Paul Lytton, John Edwards and Alexander Hawkins) came together for a gig at the Vortex in Evan’s regular slot on June 20th 2019, and what a fine gig it was!

Then the next day they relocated to the beautiful barn-like studio of Rimshot, deep in the Kent countryside to record the album. The location, close to Evan’s home, had other resonances, which journalist Chris Searle has described in his sleevenote. The subsequent (and over long) process of mastering and producing the album coincided with the first Covid lockdown and the coincidence of Evan and Mike @ Cadillac both reading Defoe’s “Journal of the Plague Year”, which provided context and some track titles.

This put in mind of Stephen Fowler’s brilliant rubber stamp artwork, and he has created a visual representation that expresses many of the themes of the album.