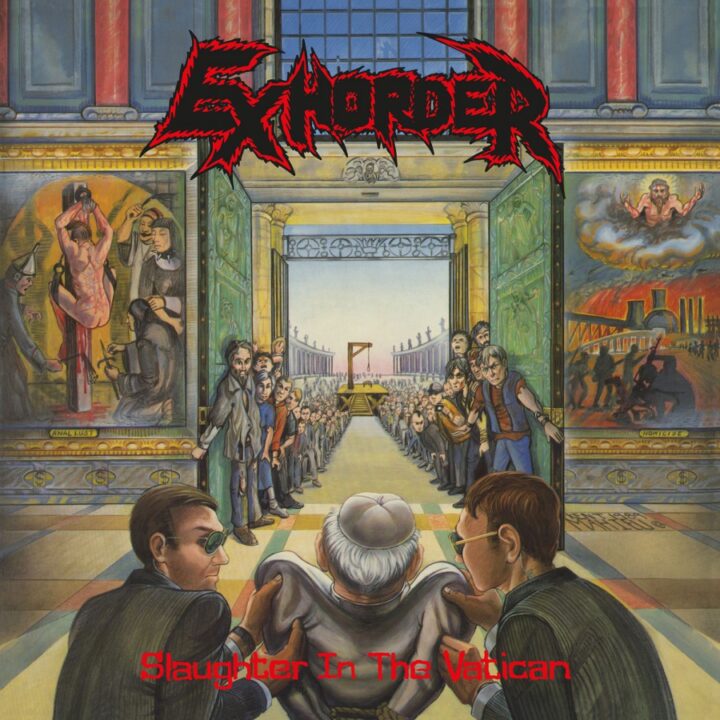 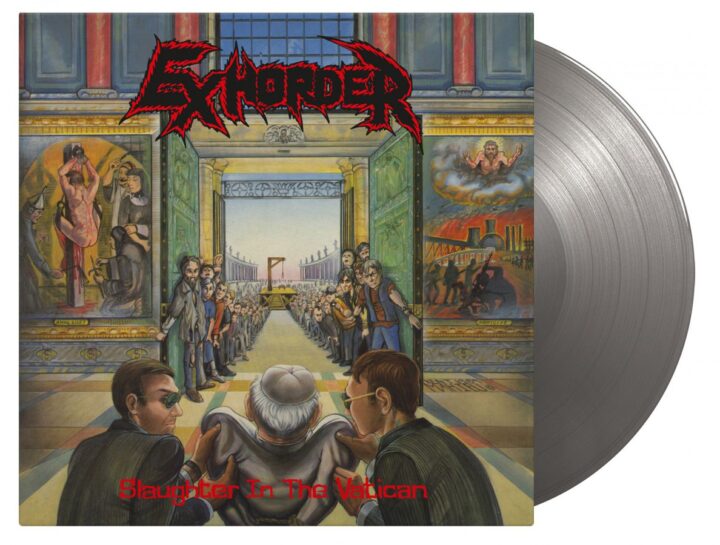 EXHORDER – Slaughter In The Vatican

Slaughter in the Vatican is the debut studio album by American heavy metal band Exhorder. It was released on October 23, 1990 through Roadrunner Records. The album received favourable reviews, and saw the band being compared to heavy metal legends Pantera. AllMusic noted Exhorder’s “death metal-style double kick drums, chugging guitar riffs played at both slow and blistering tempos, and, to top it all off, the gruff but very expressive lead vocals of frontman Kyle Thomas”. The album was inducted into the Decibel Magazine Hall of Fame in 2018.

Slaughter in the Vatican is available as a limited edition of 2000 numbered copies on silver coloured vinyl.