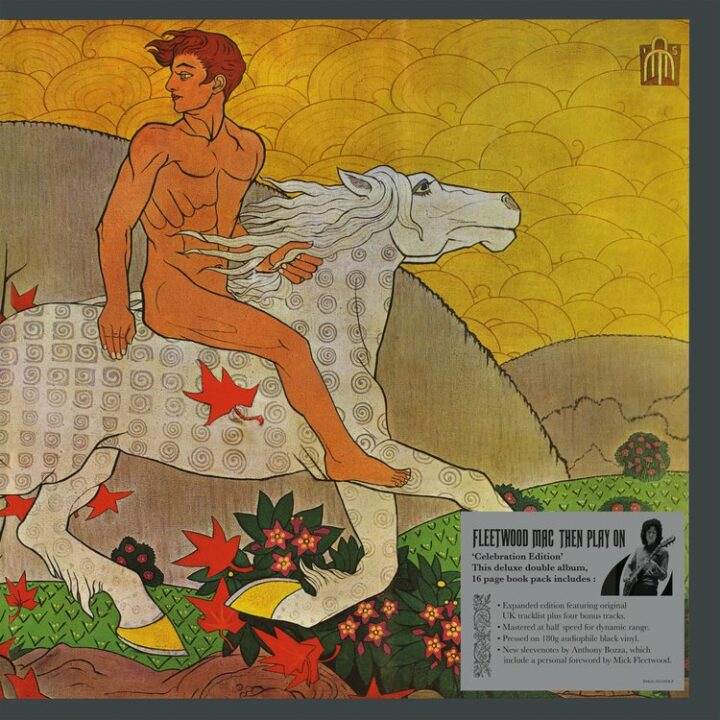 Expanded edition featuring original UK tracklist plus four bonus tracks. Before they set sail for California and a new life as consummate pop songsmiths, Fleetwood Mac were pedigreed British blues rockers with roots in Britain’s seminal John Mayall’s Blues Breakers and their hearts orbiting Chicago and the Mississippi Delta. One of the few surviving albums from that ill-fated, earlier Mac, Then Play On captures them at a potent turning point: the original two-guitar quartet, with founder Peter Green’s sinuous leads complemented by Jeremy Spencer’s shimmering slide guitar, had been augmented by third guitarist Danny Kirwan, a Green protege. Buttressed by Mick Fleetwood’s muscular yet restrained drumming and John McVie’s steady-as-a-heartbeat bass lines, this edition of the band revelled in moody, compelling guitar showpieces that savour texture and line over sheer speed or volume.