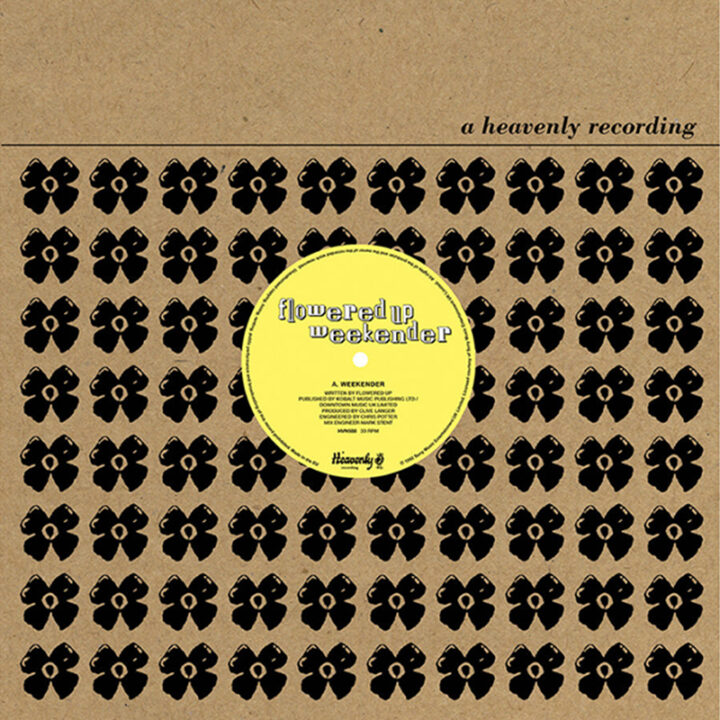 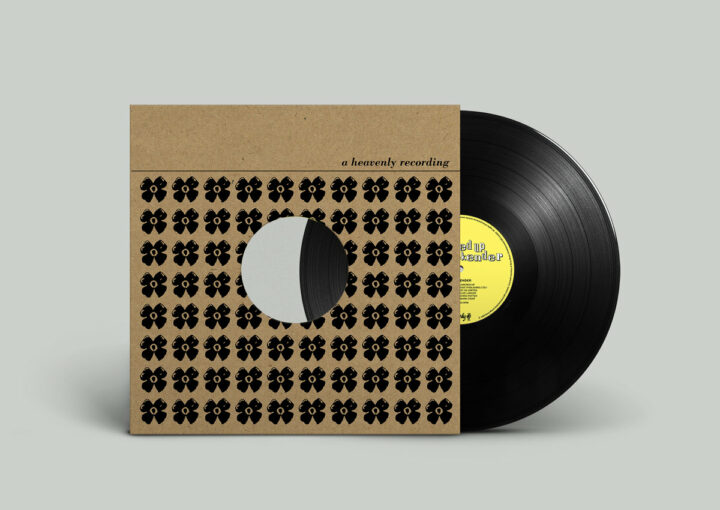 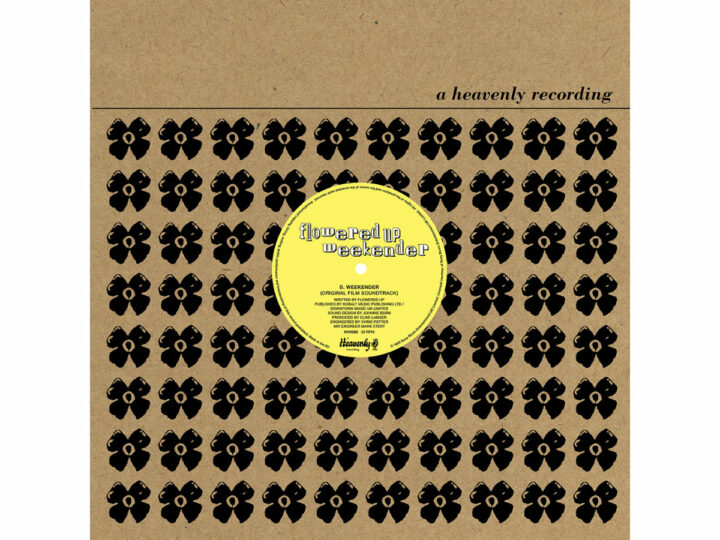 One of the most iconic pieces of music in Heavenly’s history gets a first time reissue on vinyl. This time Weekender even has a B side and it’s the soundtrack from the legendary and timeless film made by WIZ to accompany the original release back in 1992.

Weekender was always a mass of contradictions. Both derisory commentary on part-time party animals and shout-along anthem adopted for committed fans and casual listeners alike, it was equal parts acid house and progressive rock. Lyrically, it was far more free form street poetry than pop song, a snarl from the sidelines. And, ultimately, it was both Flowered Up’s towering zenith and their troubled swan song. Now nearly three decades on, it’s easy to see it as one of the best singles of the 1990s: a record that did everything people would claim Britpop did, only far better, and a few years upfront. Recorded in early 1992 with producer Clive Langer (Madness, Dexy’s Midnight Runners) for London Records in the wake of the band’s disappointing debut album (A Life With Brian) Weekender turned out to be good enough to get Flowered Up dropped. An uneditable, thirteen-minute long single that somehow managed to perfectly encapsulate the anticipation, execution and aftermath of a night out proved to be the final straw for a label focused on producing easy to pigeonhole radio hits. Too unwieldy, too long, too strange. In other words, it was perfectly Heavenly.

Although Flowered Up returned to the label that discovered them with just one track, that turned out to be more than enough to cause huge creative explosions. The single was released unedited, accompanied by Wiz’s short film, has since cited as a major influence on Trainspotting (the film, though probably the book as well). The film’s relationship with the record is such that once seen, it’s hard to hear the record without visualising the travails of the protagonist, spinning around in Leicester Square or spinning out on the dancefloor. Weekender’s importance as a cultural document was reflected in the BFI’s decision to get the director to fully remaster the film in 2018 from the original prints.