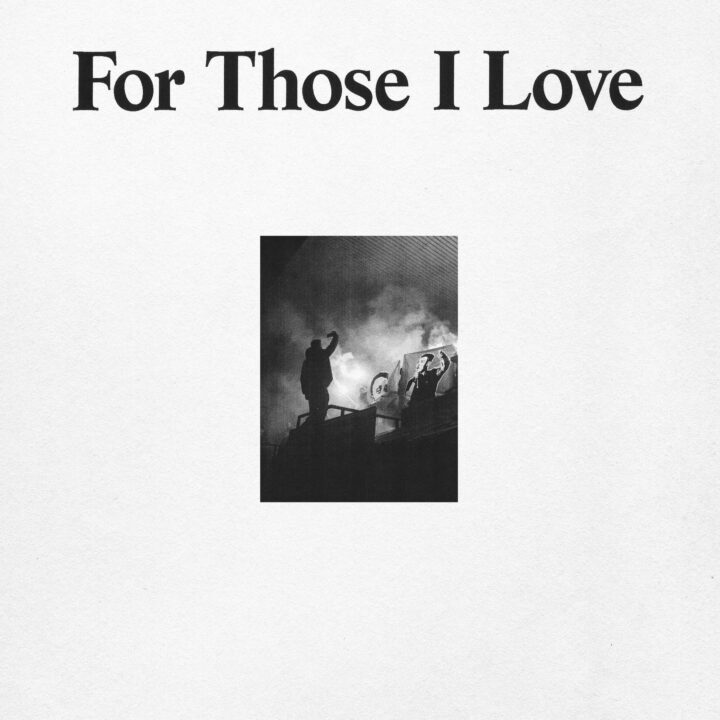 FOR THOSE I LOVE – For Those I Love

The severity of grief often comes across most clearly in art. What is the purpose of art but to depict human emotions for others to understand and empathise with? On his gripping new album For Those I Love, David Balfe offers a highly personalised portrait of love, loss, confusion, nostalgia and pain – that is to say, the Dublin songwriter/producer walks you through the early stages of mourning. Each savage emotion comes across as tangible and real. Balfe makes spoken word music over urbane electronica that takes its cues from alternative hip-hop and various forms of club music. His heavily accented delivery and penchant for familiar Dublin cadences means writing can only be set in one place, elevating the album among the great modern works set in the city. A project that started out as an ode to friendship was remodeled under a tragic cloud. Balfe conceived of For Those I Love as a solo project when he was still a member of punk band Burnt Out. Its purpose was to capture the tight-knit friendships – that is, the beauty of the relationships that exist between groups of young men that often go unspoken. Particularly, he wanted to depict his connection with best friend and Burnt Out bandmate, the poet Paul Curran. Tragically, Curran died in early 2018. In his grief, Balfe has created an album infused with the love and bond that existed between the pair.

For Those I Love early praise:

“His superb self-titled debut album rumbles into this core of working-class Dublin. The near-biographical account carries his deepest sorrows and depressions, as well as the accompanying memories of a childhood now laced with nostalgia’s golden glow.” – The Guardian

“For Those I Love fights for the underdog… raw and uncompromising electronic music that taps into both deeply personal trauma and wider societal ills for influence.” – The FADER

“Evokes the rave nostalgia of Jamie XX and the urban melancholia of Burial with a pitch black wit.” – VICE

“Balfe will be one of the talents our entire cultural year orients around.” – The Irish Times

“This calibre of gut-punching music doesn’t come along often.” – NME100

Following a 2020 that introduced the Dublin producer and songwriter David Balfe to the world through the hard-nosed, beautiful eulogy of debut single “I Have A Love” and the socio-political ruminations of its follow-up “Top Scheme“, For Those I Love started 2021 as the very first artist in The Guardian’s playlist of best new music for the year ahead, alongside a feature piece that labelled him “Ireland’s potent new poet of grief”.

PRE-ORDER
COLLEEN – The Tunnel and...