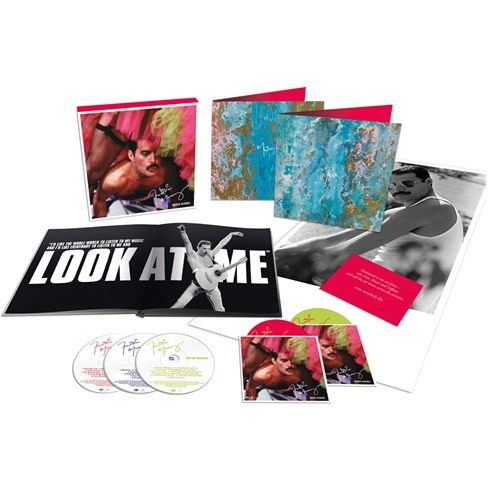 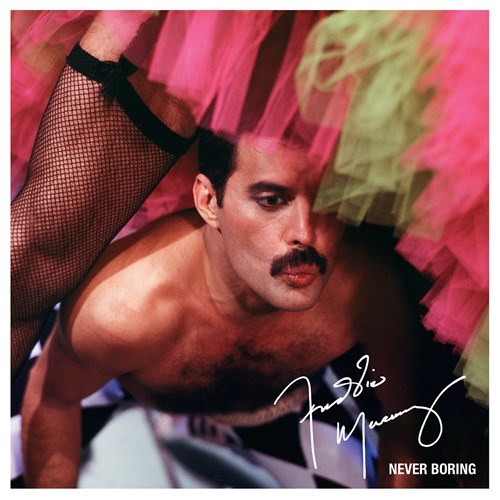 he “Never Boring” box set brings together for the first time a specially-curated selection of Freddie Mercury’s music, visuals and written and spoken words. The set reminds us that Freddie was an exceptional singer, songwriter, performer and human being whose special kind of magic is captured in this exceptional collection of his solo work.

Taken from the very best original source material available, the full “Never Boring” collection contains three CDs with 32 tracks; a Blu-ray and DVD featuring 13 promo videos and interview; a 120-page 10”x10” hardback book full photos, many of them rare and unpublished, as well as thoughts and choice quotes from Freddie himself, and an introduction from Rami Malek, who earned an Oscar for his portrayal of Freddie in Twentieth Century Fox Film Corporation’s “Bohemian Rhapsody”. Specially created insert packaging includes a double-sided poster containing an image of Freddie and an original work from synesthetic artist Jack Coulter inspired by the song “Mr Bad Guy”.

The three CDs include a new 12-track compilation of many of Freddie’s greatest solo performances; a newly mixed 11-track special edition of “Mr Bad Guy”; and the nine-track 2012 special edition of “Barcelona” featuring full orchestra. The Blu-ray and DVD of Freddie’s promos and his stage performances with Montserrat Caballé include eight that have been painstakingly reassembled from the original 35mm film rushes to give them the best-ever visual and sound quality.