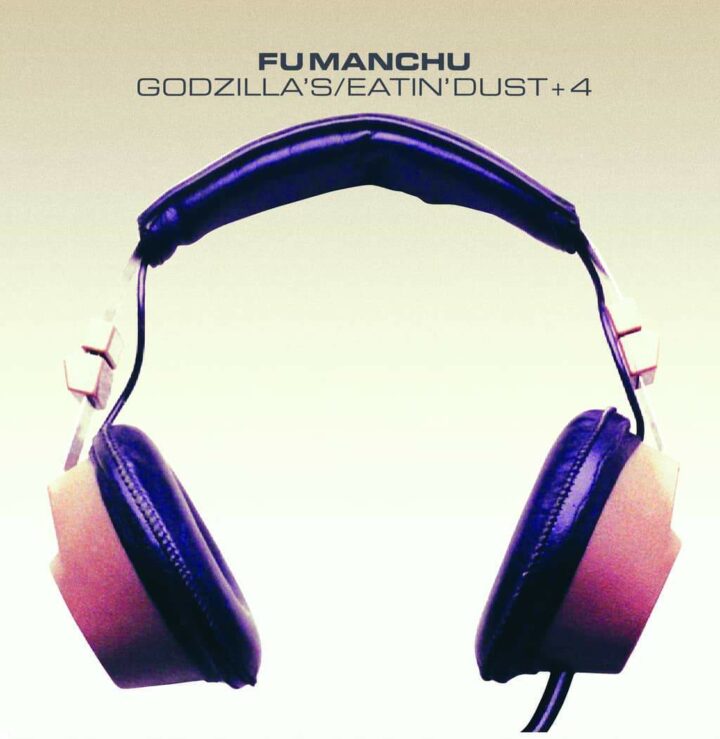 Godzilla’s / Eatin’ Dust is the most popular release in Fu Manchu’s 29 year recorded history. It is the combination of what were originally 2 distinct 10” releases: Godzilla (1997) and Eatin’ Dust (1999). Last year, Scott Hill (vocals / guitar) found the original tapes from the Godzilla recording sessions produced by Josh Homme (Queens Of The Stone Age / Kyuss) and unearthed a secret that had been in his garage since 1996…The band had recorded 4 songs that had never been released. These extra songs are early versions of Grendel, Snowman, Strolling Astronomer and Urethane (whose final versions appeared on 1997’s The Action Is Go) and a cover of Thin Lizzy’s Jailbreak (which is a different version than the one which was released on 7” in 1998). The songs line up perfectly with the original tracklist, which includes the band’s crowd pleasing cover of Blue Oyster Cult’s Godzilla and fan favourites Eatin’Dust and Mongoose (which was featured in a Super Bowl commercial for Toyota and included in the TV series Sons Of Anarchy and the films Boondock Saints II and The Hot Chick).

LABEL: At The Dojo