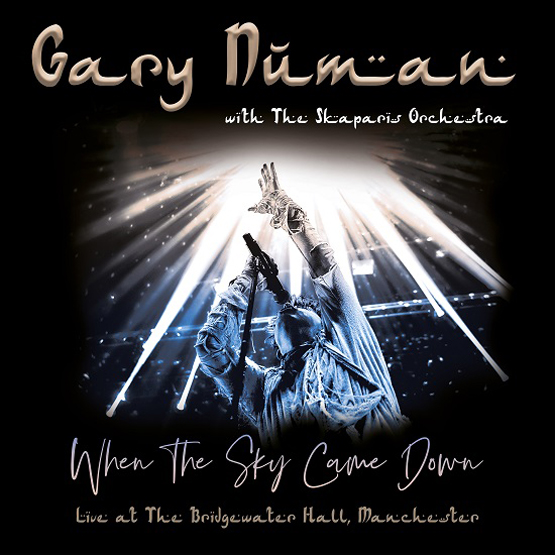 GARY NUMAN WITH THE SKAPARIS ORCHESTRA – When the Sky Came Down (Live at The Bridgewater Hall, Manchester) – 3LP Limited Moon Phase Vinyl [RSD2020-AUG29]

The limited edition companion 3LP of Gary’s sold out show with The Skaparis Orchestra at The Bridgewater Hall, Manchester. The setlist includes songs from his highly successful Savage album and classic tracks including the No.1 single Are ‘Friends’ Electric?. Gary Numan’s previous studio album Savage: Songs From A Broken World earned the best reviews of Gary’s career. He entered the UK charts at No.2, a fantastic achievement for the iconic and highly influential artist. The British electro pioneer was also awarded The Inspiration Award for songwriting and composition at the Ivor Novellos in 2017 and has been receiving outstanding live reviews since. In 2018, Gary performed a series of exclusive, sold out orchestral concerts taking place in Cardiff, Birmingham, Newcastle, Manchester, London and Glasgow. Gary Numan’s music has always had a filmic quality, but with The Skaparis Orchestra joining his regular band, that mix of hard electronic and soaring cinematic atmosphere was truly realised in his spectacular live shows.

Be the first to review “GARY NUMAN WITH THE SKAPARIS ORCHESTRA – When the Sky Came Down (Live at The Bridgewater Hall, Manchester) – 3LP Limited Moon Phase Vinyl [RSD2020-AUG29]” Cancel reply