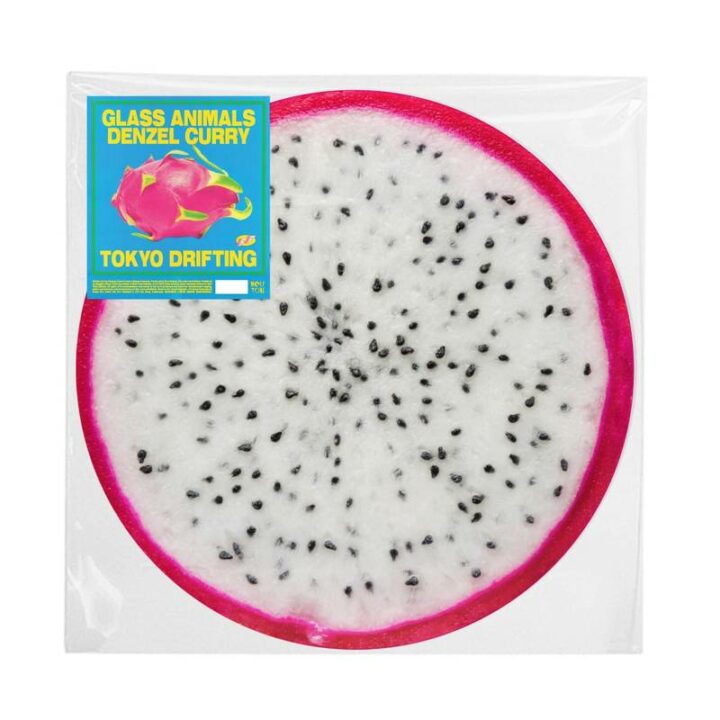 “Tokyo Drifting’ is a collaboration between Denzel Curry and Glass Animals.On making ‘Toyko Drifitng’, Dave Bayley says – “The first thing Denzel said to me about the track was “this is fire.Then he said, ” Is this you flexin’?”and I said “Yeh…it is…sort of.It’s an ironic internal flex – me as a narrator describing/taking the piss out of an extreme alterego version of myself; a version of me that can do things that I’m uncomfortable doing.Wavey Davey is my fucked-up Sasha Fierce; he’s a geezer, a streetfighter, he can dance, he parties hard, he’s spontaneous.He can take hits and be told he is shit and not care because he’s confident.He can fight everything the world throws at him.”Released digitally in 2019, this 12″” picture disc will be the only physical version of ‘Tokyo Drifting’ available.A-side: Tokyo DriftingB-side: Instrumental + suprise…”