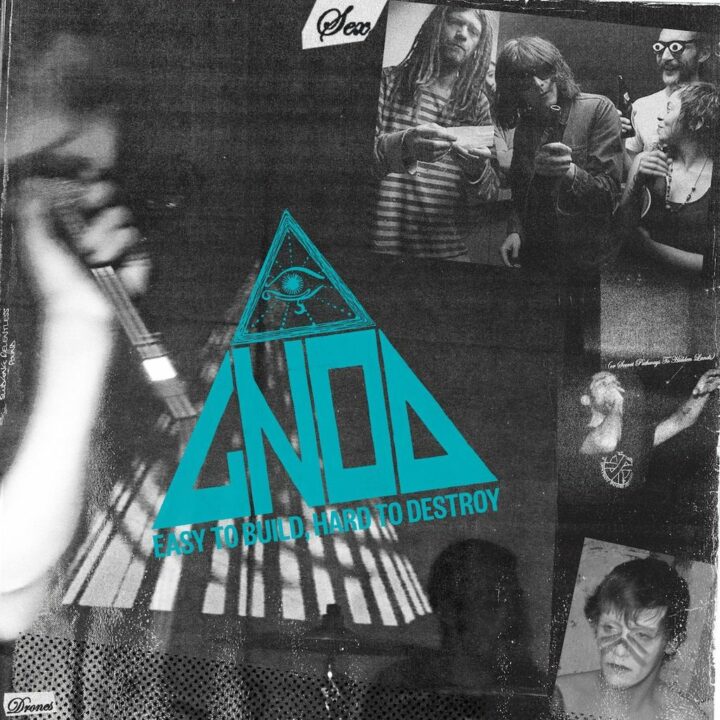 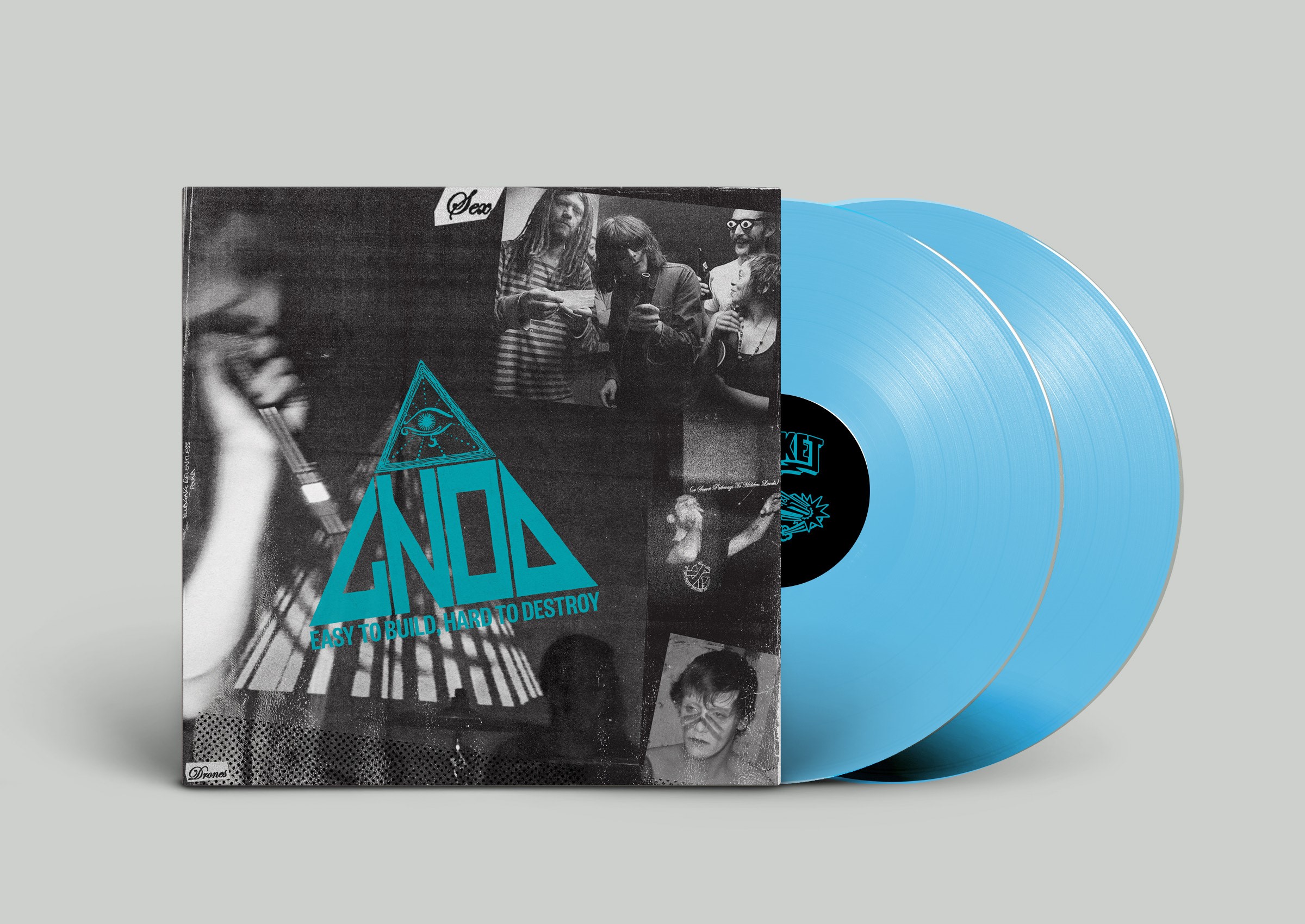 This is a presale order, release date APRIL 4th

All orders will be shipped on or before APRIL 4th

“We just wanted to jam really and see what happened” reasons Paddy Shine of Gnod fourteen years on from their inception in Salford. “That led us down the road of constructing a vibe or an atmosphere for playing live. We played a lot of squats, house gigs and parties in the early days. We lived in each others pockets – shared ideas, books, films etc. We just got on one. Some heads came along for the ride. Good times.”

This momentum gathered quickly into a band with formidable psychic power, captured in style on Easy To Build, Hard To Destroy – a compilation of tricky-to-find, obscure and unreleased material from the heady early days of the band, all released on vinyl for the first time. It’s the sound of an uncompromising devotion to rapture through noise and repetition, a portrait of a band whose anarchic approach and raw intensity any other outfit would be frankly terrified to follow onstage. Captured in the hypnotic rhythmic drive and intimidating atmospheres of tracks like They Live and Inner Z (both only previously available on Myspace) is a mantric energy which take a jumping-off point from the Krautrock, Japanese rock and underground American psychedelia the band were hammering at the time, as well as the droogy nihilism of The Stooges debut. Yet these feral experiments reach far beyond into a headspace that acknowledges no boundaries, rock orthodoxy or genre constriction. “We’re always searching for new music, new thoughts, new experiences” says founder member Chris Haslam, “That drove us a lot in the early days, and still does” A full decade, countless enlightened minds and scores of ruptured speaker cones later, the Gnod journey continues unabated – onward to fresh creation and new annihilation.