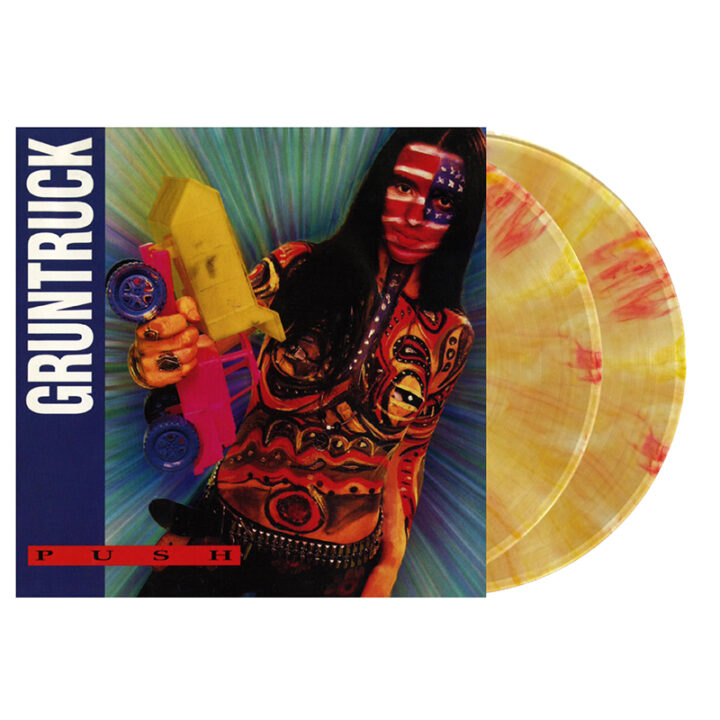 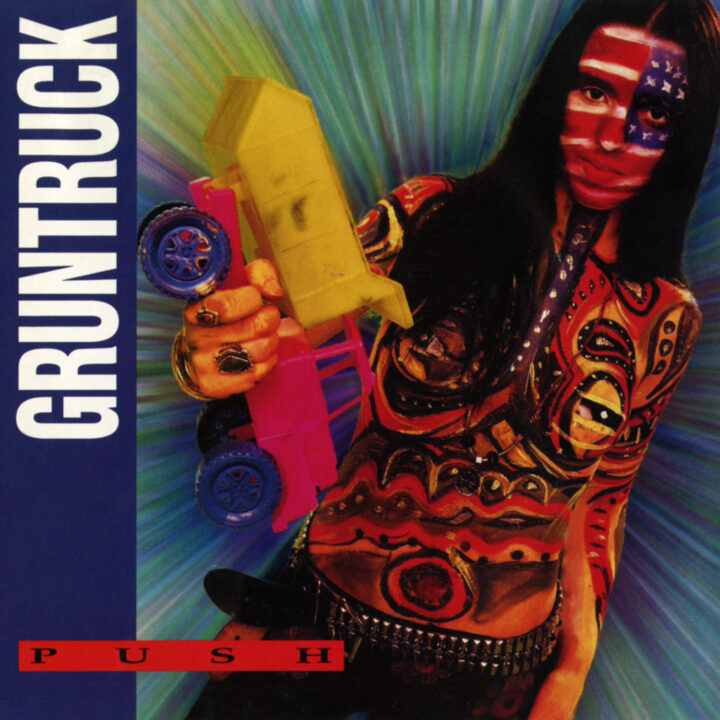 Another grunge metal classic! Gruntruck’s bloodlines were impeccable; the band was founded (where else?) in Seattle by two members of the pioneering grunge band Skin Yard, vocalist Ben McMillan and drummer Norman Scott. While in Skin Yard, Scott also briefly joined Soundgarden, and collaborated with Chris Cornell on a lesser-known band, the low frequency power trio Bass Truck. Lead guitarist Tommy Niemeyer from metal thrashers The Accüsed and bassist Tim Paul, previously of PDX hardcore punks Final Warning, rounded out the initial, classic line-up, which is what you hear on this 1992 record, which was produced by the band and fellow ex-Skin Yard member (and go-to grunge producer) Jack Endino.

Previously released on vinyl only in Europe and Brazil (!), original copies of Push are virtually impossible to find, which is too bad; this record offered a mesmerizing mix of atonal riffage and hooky tunes like the single “Tribe.” Added are two never-on-LP tracks (“Crucifunkin‘” and “Flesh Fever“) that the band recorded in between the sessions for Push and their first album, Inside Yours, and expanded the release to a killer 2-LP set (sequenced by Jack Endino himself) housed inside a gatefold jacket. Clear with opaque red and yellow swirl vinyl, limited to 2500 copies, exclusive for Record Store Day!