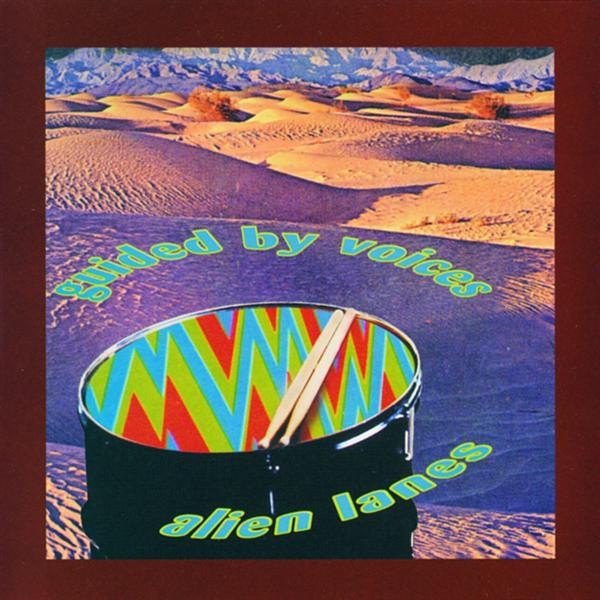 Matador Records release a 25th Anniversary vinyl edition of Guided By Voices’ 1995 album Alien Lanes. Inspired by the multicoloured drumhead featured on the album’s artwork, this new edition is pressed on blue, green and red multicolored vinyl making it the first non-exclusive colour vinyl edition of this release. Limited to a one time press of 2,500 copies.

Originally released on April 4, 1995, Alien Lanes served as the first Guided by Voices album to be released on Matador Records. With 28 tracks spanning the course of 41 minutes, the album would fundamentally alter the concept of what a rock and roll record could be. Bursting at the seams with classic rock bravado (Game of Pricks, Closer You Are), anthemic power pop (My Valuable Hunting Knife, Motor Away), punk (Pimple Zoo, My Son Cool), psychedelic experimentalism (Ex-Supermodel, Alright), and tape-warped ballads (King And Caroline, Blimps Go 90, Chicken Blows) Alien Lanes dips and dives between genres and moods with breakneck efficiency and a remarkable amount of intellect and emotion bolstered by the abstract poetry of songwriter and front-man Bob Pollard.