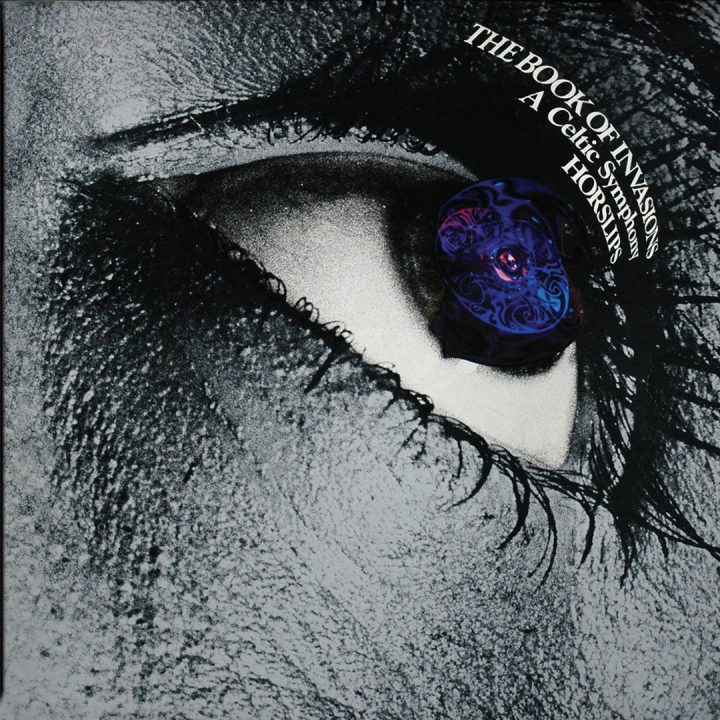 A touchstone album in the evolution of Celtic Rock, Horslips 1976 release The Book of Invasions: A Celtic Symphony is as its bold title suggests,nothing short of an ambitious and far reaching epic.

This 2019 pressing is the first officially restored and authorised by the bandsince the 1970s.

Bruce Eder of AllMusic says “Returning to their original formula of rock & roll, folk, and prog rock, Book of Invasions rivals 1973’s The Tain as their most consistent and creative, and established the band as that decade’s preeminent purveyor of those three entwined genres. Neither Fairport Convention nor Steeleye Span rocked as convincingly or consistently as they did, and Jethro Tull’s fleeting folk fancies didn’t qualify them as a folk-rock outfit… This record was and is their crowning achievement.”

decTracks: Daybreak / March Into Trouble / Trouble (With a Capital T) / The Power
and the Glory / The Rocks Remain / Dusk / Sword of Light / Dark / Warm Sweet
Breath of Love / Fantasia (My Lagan Love) / King of Morning, Queen of Day /
Sideways to the Sun / Drive the Cold Winter Away / Ride to Hell