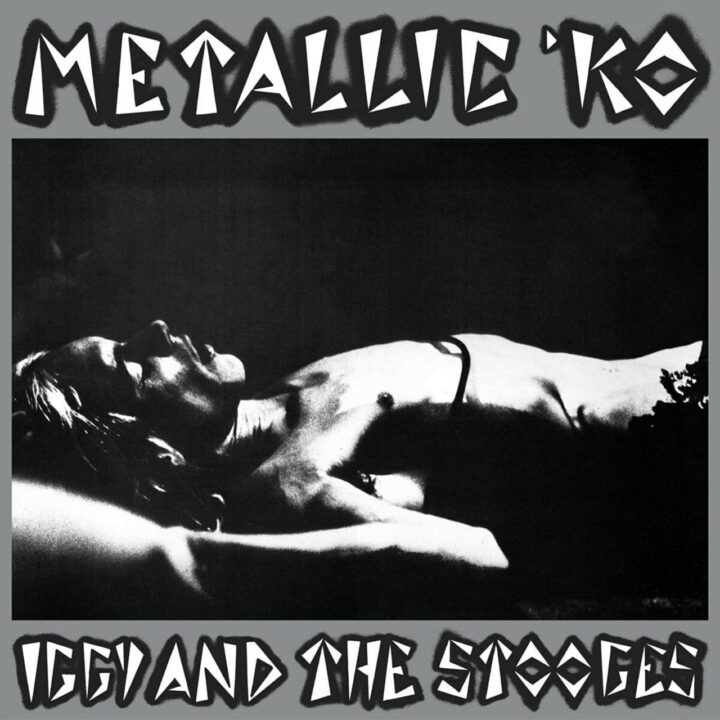 First released in 1976, ‘Metallic K.O.’ was the fourth album from Iggy and the Stooges , a classic, memorable recording of the Stooges confrontational last gig. The Stooges had not been heard since ’73’s ‘Raw Power’, and the sound of kamikaze Iggy in between new songs dodging eggs and glasses thrown by Hell’s Angels gave him a new audience in the embryonic punk crowd. It defined Iggy as a punk originator, sold 100k+ and become the Stooges best-selling album. Previously re-issued as an extended, two-CD set with two complete shows, it’s now been condensed down to the exact original album edit that shocked and inspired so many. In the 2007 remastering from the original tapes an original tape-speed fault was found – now for the first time the album can be heard in the correct pitch!

Side 2:
Rich Bitch
Cock In My Pocket
Louie Louie.