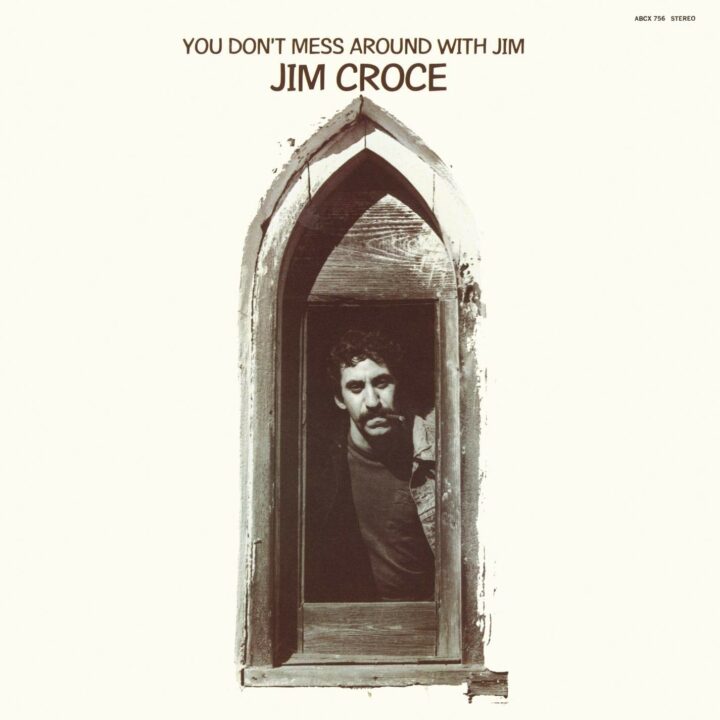 JIM CROCE – You Don’t Mess Around With Jim

Jim Croce was one of the premier architects of the singer/songwriter movement in the early ’70s, and during his much revered musical career, he managed to successfully cultivate his story telling, humor and heartfelt thoughts and heartbreak into some of the most memorable songs and melodies ever recorded. His legendary ABC recordings are the soundtrack to a generation of music enthusiasts that continues to this day and will forever stand the test of time. “There’s something about approaching universal truths with the simplicity of the acoustic guitar,” Croce declared. “You can take it anywhere and it helps me reach listeners of all ages and walks of life.” 1972 commercial breakthrough You Don’t Mess Around With Jim, Croce’s debut for ABC, includes his first title hit “You Don’t Mess Around with Jim” plus fellow classics “Time in a Bottle” and “Operator (That’s Not the Way It Feels).” The Gold-certified effort topped the US Billboard 200 in 1974 and remains one of the more important albums of the classic singer/songwriter era.

Side A
1. You Don’t Mess Around With Jim
2. Tomorrow’s Gonna Be A Brighter Day
3. New York’s Not My Home
4. Hard Time Losin’ Man
5. Photographs and Memories
6. Walkin’ Back to Georgia