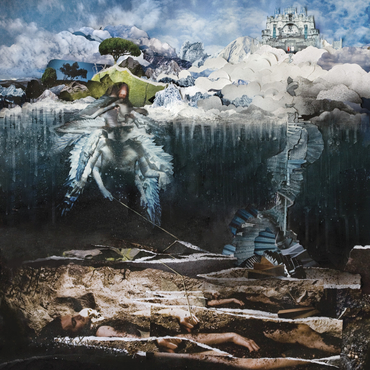 The enigmatic singer songwriter and producer John Frusciante, best known as guitarist for the Red Hot Chili Peppers, with his 11th solo album The Empyrean. The album was recorded on and off between December 2006 and March 2008. It is a concept record that tells a single story both musically and lyrically. The story takes place within one person, and there are two characters. it contains a version of Tim Buckley’s Song to the Siren and the rest of the songs are written by John Frusciante. His friend Josh plays on it, as does Flea. It also features Sonus Quartet, Johnny Marr and the New Dimension Singers.