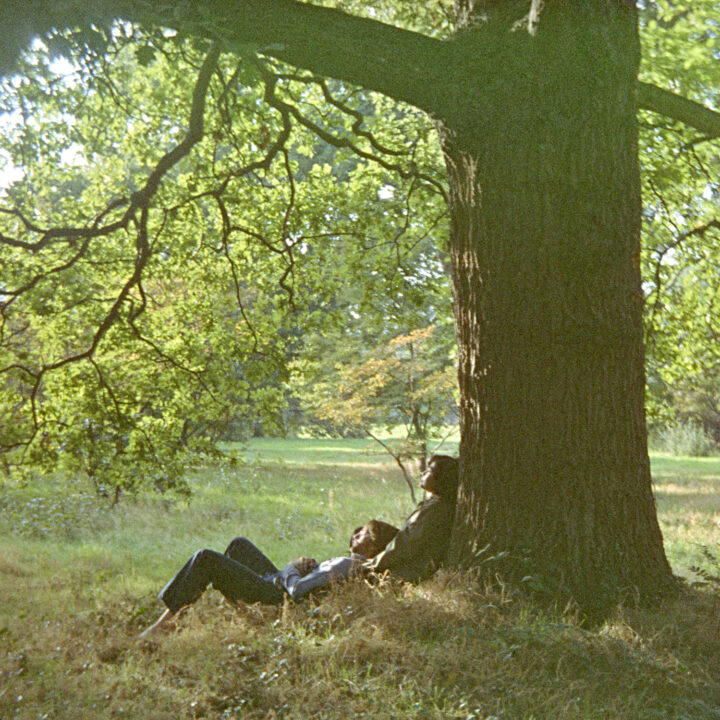 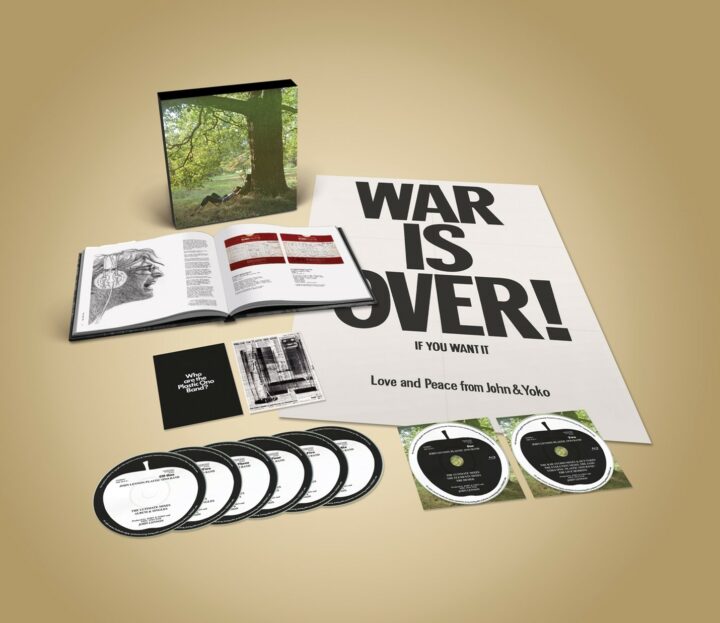 Released on December 11, 1970, John Lennon/Plastic Ono Band followed three hit singles John released in 1969 after the breakup of The Beatles – “Give Peace A Chance,” “Cold Turkey,” and “Instant Karma! (We All Shine On),” three avant-garde recordings released with Yoko (Two Virgins, Life With The Lions, and Wedding Album) and the live concert album, Live Peace In Toronto 1969, recorded with the ever-evolving Plastic Ono Band, which for this legendary performance featured Eric Clapton, Klaus Voormann and Alan White.

John Lennon/Plastic Ono Band was John’s first post-Beatles solo album so interest was high to see what he would do with his newfound creative freedom. The answer shocked the world. Gone was any florid instrumentation or psychedelia as on Sgt. Pepper’s or the kind of jaunty rock and abstract poetry of the band’s final album, Let It Be, and in its place were deeply emotional, profound, autobiographical songs about being abandoned by his mother and father, the loneliness of stardom, his dear Yoko and the end of the cultural revolution. Soundtracked by simple and sparse instrumentation and minimal yet majestic production, Lennon’s voice pierced listener’s hearts like never before as he revealed his true self. It marked his true birth as a solo artist. The album reached the top 10 in both the US and UK, despite the absence of a major hit single.

50 years on, John Lennon/Plastic Ono Band is widely considered one of the best albums ever made. Most recently Rolling Stone, who also dubbed it #4 on their list of Best Albums of 1967-87, ranked the album #85 in their 2020 reassessment of The 500 Greatest Albums Of All Time, hailing it ahead of its time: “a pure, raw core of confession that, in its echo-drenched, garage-rock crudity, is years ahead of punk.” Pitchfork awarded it #60 in their Top 100 Albums of the 1970s list and it was selected by Time as one of the 100 Best Albums of All Time, declaring: “Lennon’s writing was never sharper, and his still-underrated singing stands with rock’s finest.” As Rolling Stone’s retrospective review remarked, “left out in the open, without protective harmonies or racket, Lennon’s singing takes on an expressive specificity that anyone in search of the century’s great vocal performances would be foolish to overlook.” A 2010 review from the BBC perhaps summed it up best: “The reality of Plastic Ono Band is that it contains eleven of Lennon’s most accessible and gorgeous melodies and riffs; it’s pure Beatles, but with the layers of studio sophistry stripped away to reveal the nub of the confessional crux. The heartbreaking scream of loss that is ‘Mother.’ The mirror image of ‘My Mummy’s Dead’ and its invention of all things lo-fi. And, in-between, the savaging of aspiration in ‘Working Class Hero,’ the pinched proto-punk fury of ‘I Found Out’ and ‘Well Well Well,’ the fear and self-loathing of ‘Remember’ and ‘Isolation,’ the poignant grasps for comfort within ‘Love’ and ‘Hold On,’ and the slaughter of gods, monsters, The Beatles and the false idols of the 1960s in the peerless ‘God,’ which is still, very possibly, the most thematically ambitious and courageous rock song ever recorded.”

John Lennon/Plastic Ono Band – The Ultimate Collection continues the 50th anniversary celebration of this iconic album, which began in October 2020 with the release of the book, John & Yoko/Plastic Ono Band for what would have been Lennon’s 80th birthday. With first-hand commentary by John & Yoko, members of the Plastic Ono Band and other key figures in their lives – including Ringo Starr, George Harrison, Klaus Voormann, Rolling Stone founder and editor Jann S. Wenner and therapist Arthur Janov –  and packed with evocative and revealing letters, artworks and photographs – many unseen – by Annie Leibovitz, Richard DiLello, Ethan Russell, Iain Macmillan, John Reader and David Nutter, this incisive volume offers new insights into the raw emotions and open mindset of Lennon after marriage to Ono and the breakup of the Beatles. Beautifully packaged, this landmark publication is hardbound with black-sprayed edges and stenciled with “Who are the Plastic Ono Band?” – riffing on an early teaser campaign for the album from 1970.