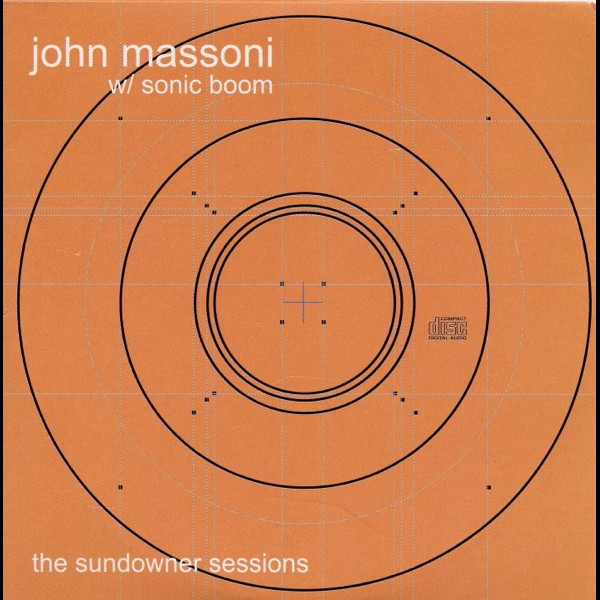 180g – Never before Released on Vinyl

Not previously released on vinyl. Originally recorded in Seattle, in 2000 and released on CD only later the same year The Sundowner Sessions is a recording featuring John Massoni (electronics) and Sonic Boom (custom human voice synthesizer). “[Sonic} can make something out of almost anything. He’d just pick out a tape of mine (I have a bunch of tapes with sound and drone experiments), and work something into a piece. His focus and ability not to be undermined by the limits surrounding him is really amazing to watch. We worked well into the night – thus ‘The Sundowner Sessions’ were born.” – John Massoni.