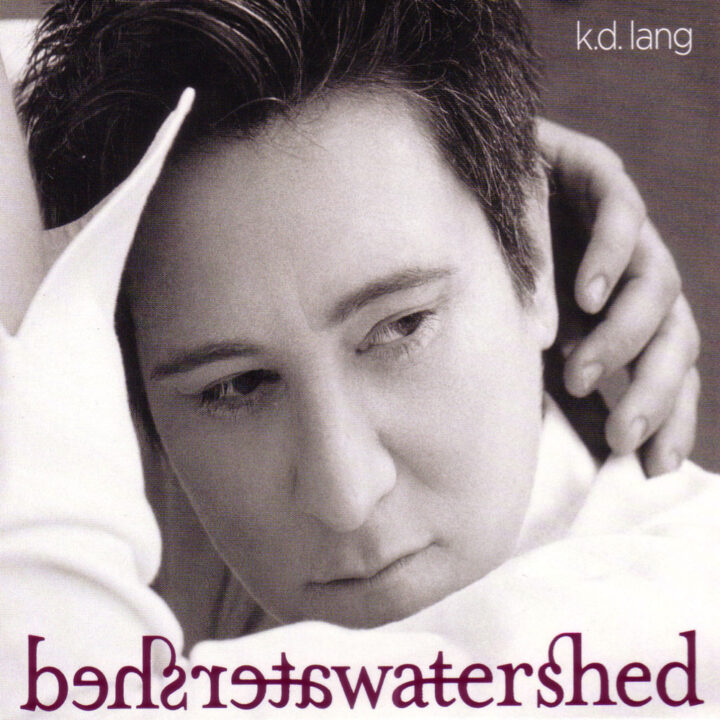 K.D. Lang’s album Watershed was released by Nonesuch Records in February 2008. Recorded in California, Watershed was the first album of newly written material from the four-time Grammy winner since 2000’s Invincible Summer and her first studio album since 2004’s acclaimed Canadian songbook, Hymns of the 49th Parallel. A fourteen-city US tour followed February 23 and included a rare three-night stand at Lincoln Center’s Allen Room as part of the American Songbook series.

As the title suggests, Watershed represented a milestone in K.D. Lang’s groundbreaking 25-year career. For the first time she assumed the role of producer – as well as writer, singer and multi-instrumentalist – for this album of eleven new songs. lang reunited with longtime collaborators from both the studio and the road on the album: pianist Teddy Borowiecki, bassist David Piltch, steel player Greg Leisz and guitarist Ben Mink. Jon Hassell makes a guest appearance on trumpet, as does Nonesuch labelmate Noam Pikelny, banjo player for the Punch Brothers.

In contrast to Lang’s usual organization of albums around a particular sound (such as the clear-eyed country of Absolute Torch and Twang) or concept (as with the elegant smoking songs of Drag), the unifying theme of this work is a much more personal look at K.D. Lang and where she found herself at the time. Featuring plenty of musical and lyrical intimations of how she got there, lang explained that “Watershed is like a culmination of everything I’ve done – there’s a little bit of jazz, a little country, a little of the Ingénue sound, a little Brazilian touch. It really feels like the way I hear music, this mash-up of genres, and I think it reflects all the styles that have preceded this in my catalogue. I didn’t feel the need to be genre-specific because this experience felt so wide open.”

Few singers command such perfection of pitch. Her voice, at once beautiful and unadorned and softened with a veil of smoke, invariably hits the middle of a note and remains there.

Watershed highlights what Lang does best – fulsome ballads sung with precision-timing, intelligence and a humorous twist.