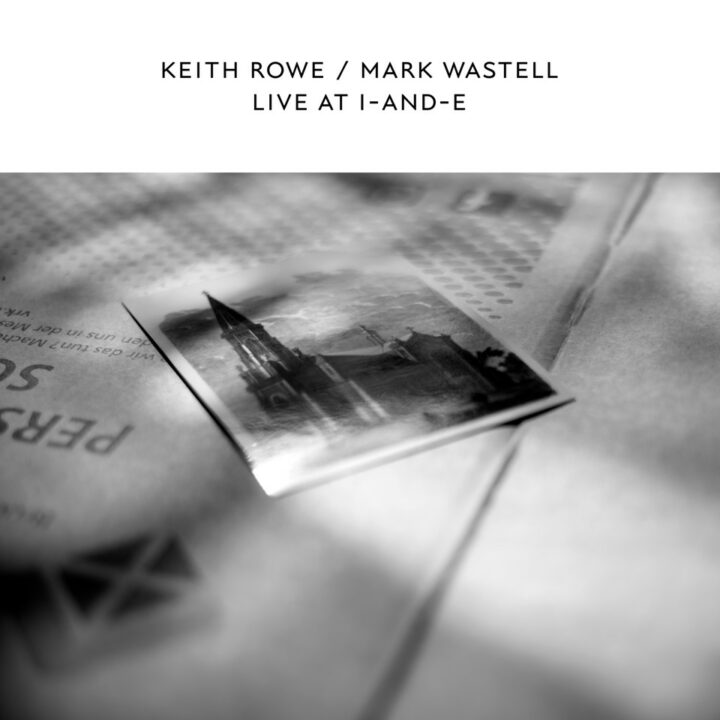 Long anticipated vinyl re-issue of a concert that took place at the I-and-E Festival at Trinity College, Dublin in 2006 by Keith Rowe (legendary AMM guitarist and one of the founding fathers of European improvised music) and Mark Wastell (pivotal London based experimentalist). The duo had formed the previous year for a show at ErstQuake Festival in New York and this was to be their second, and only, other performance together. “Keith Rowe and Mark Wastell – This last performance balanced the evening well. Louder, more gestural, bringing the evening to a climax in two ways – the temporal one and also by taking the audience on a long journey to the satisfactory end of the piece – more musically referential towards the end especially as Rowe dropped in a distinct seesawing 6/4 rhythm.

Theme and statement and variations… all here but not under the figure of traditional moves. But the strategies are very much the same. They just require a shift in the mode of listening. The audience were prepared to do that, consequently enjoyed the music and gave them warm applause. Deservedly.” (Rod Warner). Keith Rowe : guitar, electronics, Mark Wastell : amplified textures, electronics. Recorded by David Reid at i-and-e, Dublin 2006.Fully remastered for Record Store Day 2020. Cover art by David Sylvian.